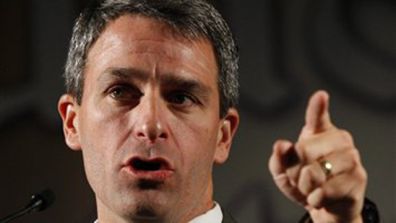 Virginia Attorney General Ken Cuccinelli is intervening in his state’s presidential primary dispute and plans to file emergency legislation to address the inability of most Republican presidential candidates to get their name on the ballot, Fox News has learned.

Meanwhile, four GOP candidates on Saturday joined fellow candidate Rick Perry’s lawsuit against the state, urging the Board of Elections to either allow them on the ballot or at least refrain from taking any action until a Jan. 13 court hearing.

Only Mitt Romney and Ron Paul qualified for the Virginia primary, a contest with 49 delegates up for grabs. Perry and the four candidates joining the lawsuit — Newt Gingrich, Michele Bachmann, Rick Santorum and Jon Huntsman — did not.

The failure of other candidates to qualify led to complaints that the 10,000-signature requirement is too stringent.

Cuccinelli, who is a Republican, shared the concerns and plans to take them to the legislature while the candidates work through the courts.

“Recent events have underscored that our system is deficient,” he said in a statement Saturday. “Virginia owes her citizens a better process. We can do it in time for the March primary if we resolve to do so quickly.”