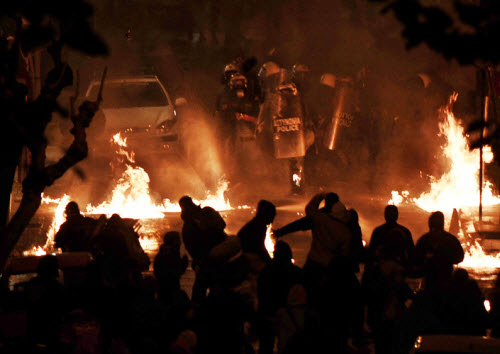 A top financial advisor, worried that Obamacare, the NSA spying scandal and spiraling national debt is increasing the chances for a fiscal and social disaster, is recommending that Americans prepare a “bug-out bag” that includes food, a gun and ammo to help them stay alive.

David John Marotta, a Wall Street expert and financial advisor and Forbes contributor, said in a note to investors, “Firearms are the last item on the list, but they are on the list. There are some terrible people in this world. And you are safer when your trusted neighbors have firearms.”

His memo is part of a series addressing the potential for a “financial apocalypse.” His view, however, is that the problems plaguing the country won’t result in armageddon. “There is the possibility of a precipitous decline, although a long and drawn out malaise is much more likely,” said the Charlottesville, Va.-based president of Marotta Wealth Management.

Marotta said that many clients fear an end-of-the-world scenario. He doesn’t agree with that outcome, but does with much of what has people worried.

“I, along with many other economists, agree with many of the concerns expressed in these dire warnings. The growing debt and deficit spending is a tax on those holding dollars. The devaluation in the U.S. dollar risks the dollar’s status as the reserve currency of the world. Obamacare was the worst legislation in the past 75 years. Socialism is on the rise and the NSA really is abrogating vast portions of the Constitution. I don’t disagree with their concerns,” he wrote.