Wall Street Week Ahead: Torn between bulls and bears 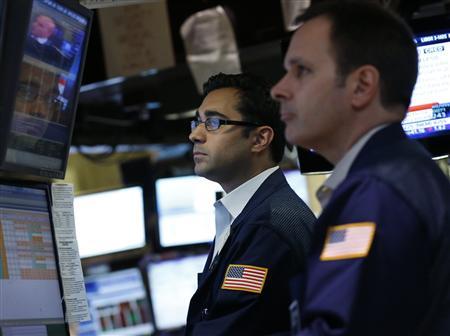 (Reuters) – Monday morning will be decision time for traders and investors: Should they buy or sell after Friday’s steep decline that pushed the S&P 500 below its 200-day moving average?

While comments out of Europe over the weekend point to signs of a more urgent push for a fiscal union the euro zone, that may be not enough for the market that just saw theÂ DowÂ turn negative for the year and the S&P 500 dip below the critical 200-day moving average for the first time since December – a level that many technical analysts view as a harbinger of more selling.

In electronic trading on Sunday, S&P 500Â futuresÂ fell 0.9 point, suggesting a slight dip at the open on Monday morning.

Spanish Prime Minister Mariano Rajoy on Saturday called for the establishment of a central authority that would oversee and coordinate fiscal policy in the euro zone.Â GermanyÂ also wants a big leap forward in euro integration, but investors are doubtful whether the closer integration could restore market confidence.

“There’s no doubt that any kind of a show of a more aggressive move by policymakers is helpful. But the market has gotten used to the fact that the sharper the fall on a Friday, there’s likely going to be some action or rumored action forthcoming in the following week,” said James Paulsen, chief investment strategist at Wells Capital Management in Minneapolis.

For the week on Friday, the Dow Jones industrial average fell 2.7 percent, the Standard & Poor’s 500 indexÂ .SPXÂ slid 3 percent and the Nasdaq composite indexÂ .IXICÂ fell 3.2 percent. Both the Dow and the S&P 500 are off about 10 percent from their recent peaks, a retreat that would mark a so-called correction.