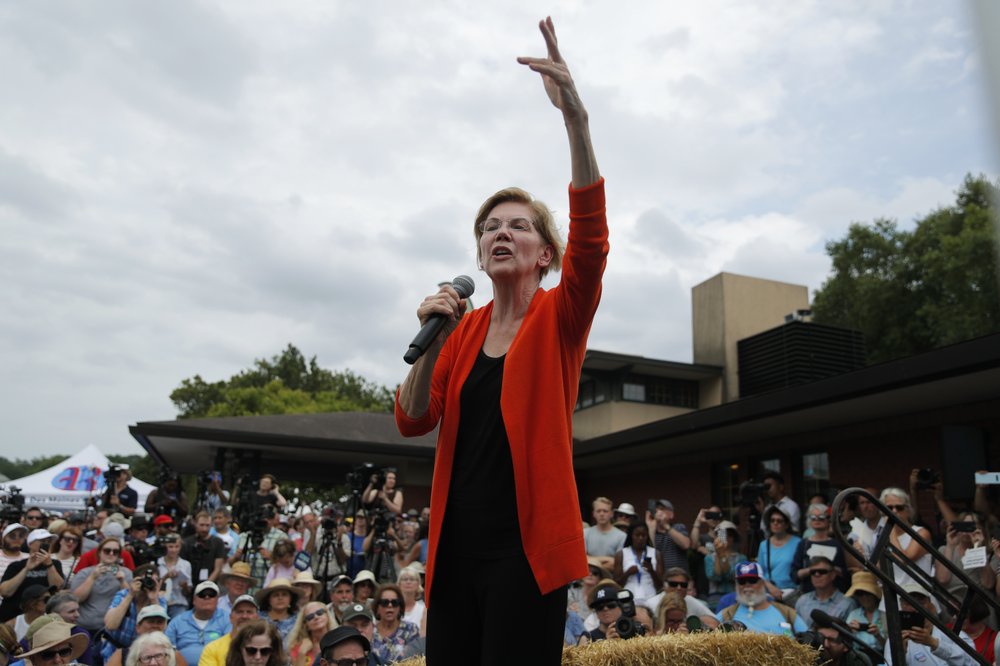 After largely shunning national television interviews, the Massachusetts senator, 70, appeared on Sunday morning news programs and MSNBC’s The Rachel Maddow Show. She also unveiled a scarce endorsement from a former rival for the 2020 Democractic presidential nomination, hosting a rally this week with Julian Castro, 45, in New York. And she bounded into the New Year with campaign trips to Iowa and New Hampshire.

But, while she’s built a strong organizing network of paid field staff and volunteers in the states hosting the first two nominating contests, she’s making her final push ahead of the start of the primary season with soft polling and fundraising numbers. She was even outraised in the final quarter of 2019 by former Vice President Joe Biden, 77, whose own struggles with donors have been well documented.

“There are three tickets out of Iowa and New Hampshire. You need to finish top three in one of those states, unless we are looking at a brokered convention, which is a possibility, given the fluidity of this race,” Christopher Hahn, Aggressive Progressive podcast host and former Democratic strategist, told the Washington Examiner.