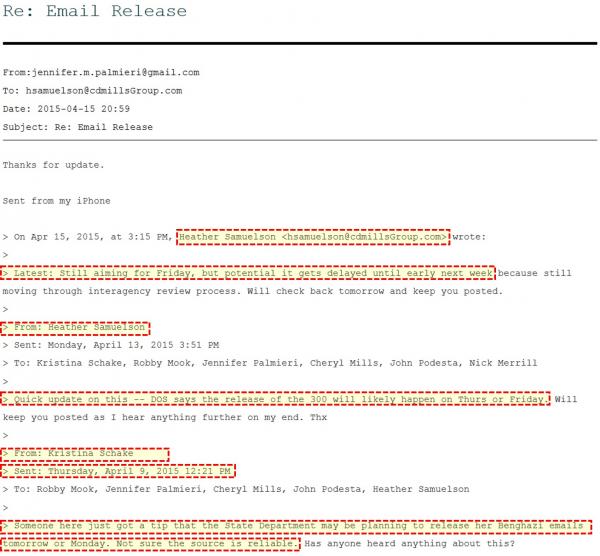 A new Podesta email released by WikiLeaks today reveals further direct coordination between the State Department and the Clinton campaign during what should have been a confidential investigation. The following email chain starts with a note from Clinton Deputy Communications Director, Kristina Schake, on April 9th, 2015 informing Mook, Palmieri, Mills, Podesta and Samuelson that “Someone here just got a tip that the State Department may be planning to release her Benghazi emails tomorrow or Monday.”

The emails further reveal a continued coordination between the State Department and the Clinton campaign with Heather Samuelson providing frequent status updates over the course of the following week.