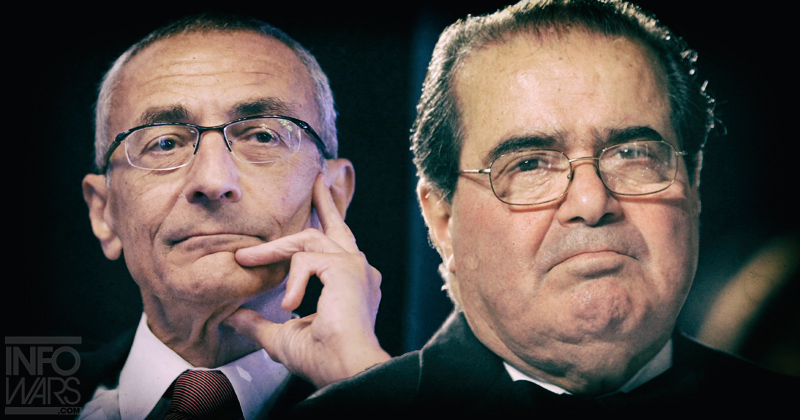 The email, an exchange between Podesta and D.C. lobbyist Steve Elmendorf, appeared in a trove of documents dumped by the organization WikiLeaks Wednesday.

“Didn’t think wet works meant pool parties at the Vineyard,” Podesta says in the February 9 email under the subject line “Thanks”.

“I’m all in,” gay lobbyist and Hillary delegate Steve Elmendorf replies. “Sounds like it will be a bad nite, we all need to buckle up and double down.”

Justice Scalia was later found dead in a hotel room in Texas on the night of February 12 – three days after the email exchange took place.