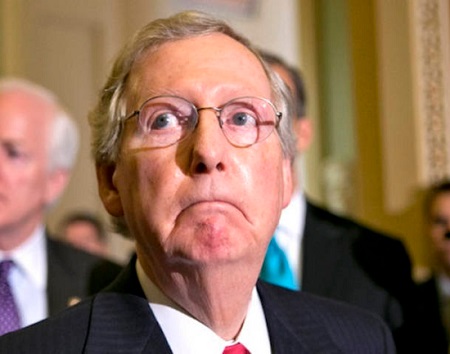 “Republicans break another obstruction record with Loretta Lynch nomination.” So reads the headline of a post on the far-left website Daily Kos, which continues its indignant cry of liberal outrage that the Senate doesn’t simply bow down and automatically give President Obama what he wants.

“Hand it to Mitch McConnell, whether he’s in the minority or the majority, he leads Republicans in setting all sorts of records for obstruction.”

Yes, in actually doing its job of “advice and consent” — in taking the time to thoughtfully examine whether Obama’s attorney general nominee should be confirmed — the Senate has subjected that nominee, Loretta Lynch, to the longest wait ever for a person being considered to become the chief law enforcement officer of the land.

Now, as the vote on Lynch’s future looms, a different Daily Kos post reveals the wringing of liberal hands and gnashing of progressive teeth over the stark reality that the vote count in the upper chamber for the Lynch nomination is “uncomfortably close.”