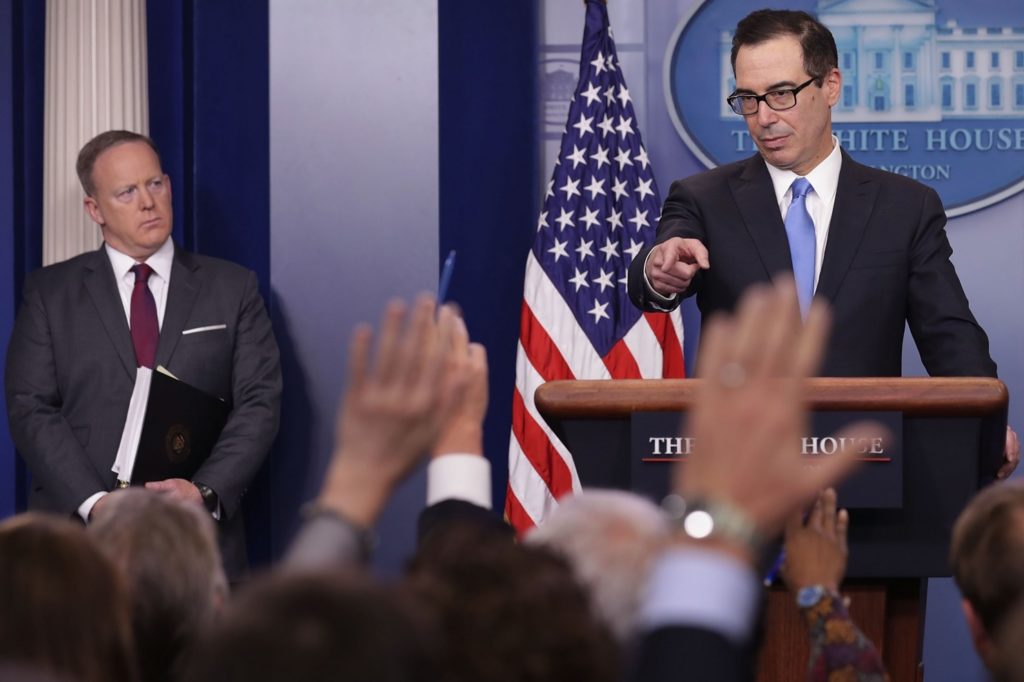 The White House sought Monday to calm a jittery Washington ahead of a showdown with Congress over spending, and President Trump softened his demand that a deal to keep the federal government open include money to begin construction on his long-promised border wall.

Despite one-party control at both ends of Pennsylvania Avenue, the brinkmanship that came to define spending battles in the Obama years has tumbled into the Trump era, as have the factional divisions over strategy and priorities that have gripped the GOP for a decade.

But with a Friday deadline looming to pass a new spending bill, the Trump administration projected confidence that a shutdown would be avoided. In the face of fierce Democratic opposition to funding the wall’s construction, White House officials signaled Monday that the president may be open to an agreement that includes money for border security if not specifically for a wall, with an emphasis on technology and border agents rather than a structure.

Trump showed even more flexibility Monday afternoon, telling conservative journalists in a private meeting that he was open to delaying funding for wall construction until September, a White House official confirmed.