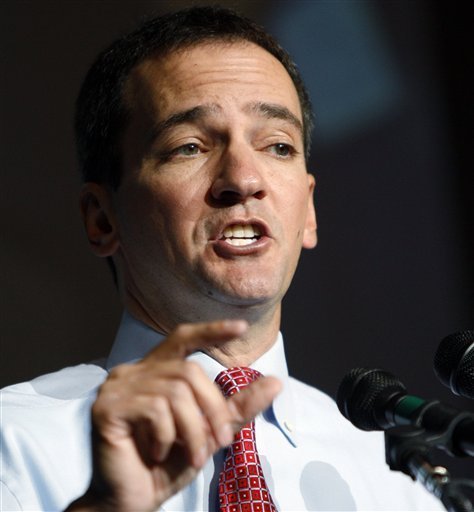 June 3 (Bloomberg) — The White House said it offered a top administration job to a Colorado Democrat in hopes of dissuading him from seeking the partyâ€™s nomination for a U.S. Senate seat. President Barack Obama already had endorsed another candidate, incumbent Senator Michael Bennet.

The object of the White House overture, Andrew Romanoff, spurned the offer, which was extended by White House deputy chief of staff Jim Messina, according to a statement released this morning by presidential spokesman Robert Gibbs.

â€œMessina wanted to determine if it was possible to avoid a costly battle between two supporters,â€ Gibbs said. Bennet subsequently won primary and the election.

Romanoff had applied through official channels for a position at the U.S. Agency for International Development during Obamaâ€™s transition and followed it up with a phone call to the White House personnel office.

It was not immediately clear why Romanoff did not get job with USAID.

When he emerged as a contender for Bennetâ€™s seat, Messina reached out to Romanoff, who said he was committed to the Senate race and was â€œno longer interested in working for the administration,â€ Gibbs said.

The case echoes another U.S. Senate race, in Pennsylvania, in which the White House sought to clear the field for Obamaâ€™s favored candidate, incumbent Arlen Specter, which has aroused partisan questions about the propriety of such action. Representative Joe Sestak rejected the White House overture and then defeated Specter in the Democratic primary.