White House: ‘It’s fair to say’ we were wrong on Paris unity rally 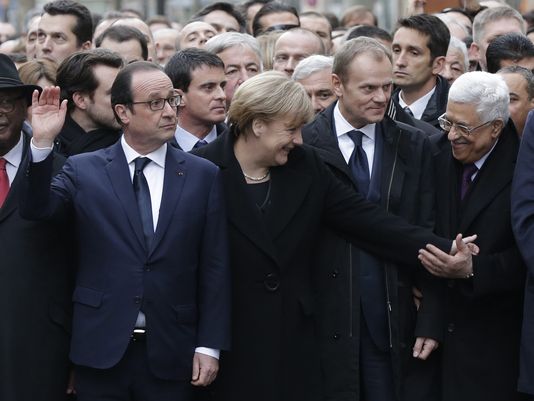 The White House said Monday that it made a mistake in not sending President Obama or a top administration official to the weekend unity march in Paris, a rare concession that it had botched the optics of an important, international event.

“It’s fair to say we should have sent someone with a higher profile to be there,” White House spokesman Josh Earnest told reporters at his briefing, which was dominated by questions about the march.

“We want to send a clear message, even in a symbolic context like this one, that the American people stand shoulder-to-shoulder with our allies in France,” said Earnest. “And sending a high-level, highly visible senior administration official with a high profile to that march would have done that.”