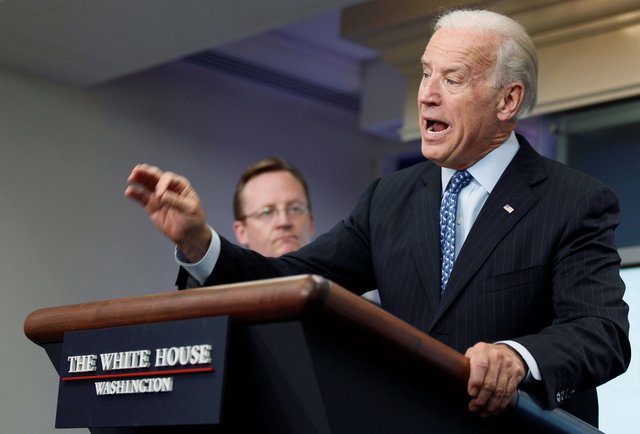 The White House has begun a summerlong effort to rehabilitate the damaged image of the $862 billion Recovery Act, arguing that Americans are finally beginning to see the effects – even as the administration is struggling to get Congress to agree to another round of stimulus spending.

Voting late Thursday, the Senate rejected a second effort to pass a tax and spending package President Obama called for, even though Democratic leaders had pared it down by $35 billion after an earlier failed vote.

Republicans filibustered and were joined by one Democrat and one independent, forcing Democratic leaders back to the drawing board yet again as they seek to balance job creation with fears of the expanding deficit.

“There is going to be havoc in America starting tomorrow,” said Senate Majority Leader Harry Reid, Nevada Democrat, warning that Medicare payments to doctors will be slashed and unemployment benefits will not be extended for those who have been jobless the longest because the bill didn’t pass.

The stimulus, Mr. Obama’s first major accomplishment in office, has become one of the major battlegrounds heading into November’s elections as Republicans question whether it was worth it and even some Democrats argue that Congress needs to worry more about the deficit than job spending.

But with polls showing a majority of Americans don’t think the stimulus has had much effect, the White House finds itself playing defense.

The effects of the first stimulus are expected to peak this summer before winding down, and Mr. Obama will travel to Columbus, Ohio, on Friday for groundbreaking on the 10,000th stimulus-funded road project.

Still, with the unemployment rate higher now than it was a year ago, the administration is pushing Congress to keep spending.

“This is not a time to take, to use the metaphor, take our foot off the accelerator here. We still need to continue to create jobs and spur job growth now,” Vice President Joseph R. Biden Jr. told reporters at the White House as he checked off the thousands of stimulus-funded projects Americans will see over the summer.