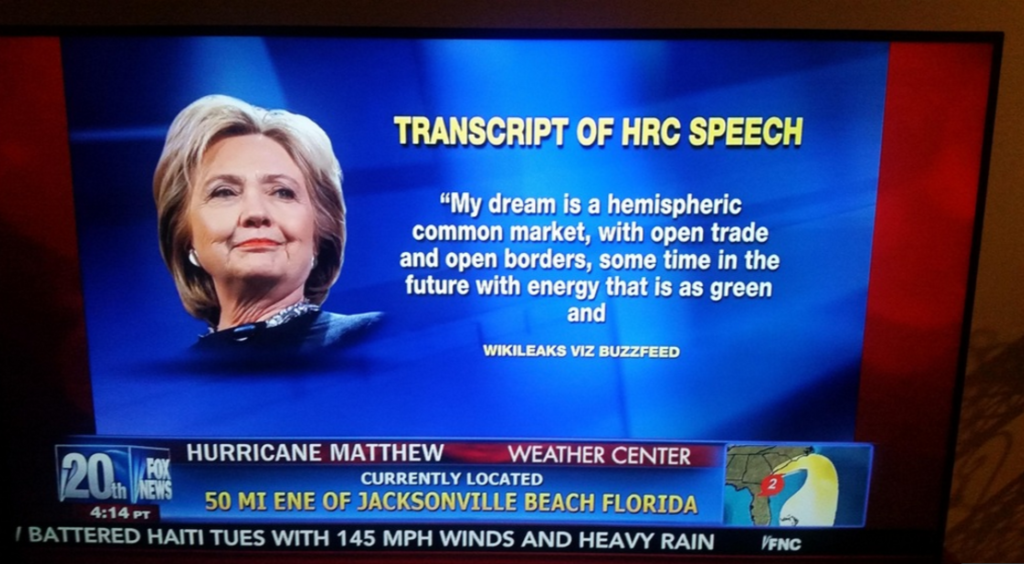 One in private — ostensibly, the “real” position and one for the public — according to a damaging email leak released on Friday by Wikileaks that included clips of Clinton’s paid speeches to Wall Street banks and other organizations.

My dream is a hemispheric common market, with open trade and open borders.
Wikileaks released emails reportedly from John Podesta, chairman of the Clinton campaign, on Friday, around 6 p.m.

Podesta received comments made in past Hillary Clinton speeches flagged as potential liabilities.

“You just have to sort of figure out how to — getting back to that word, ‘balance’ — how to balance the public and the private efforts that are necessary to be successful, politically, and that’s not just a comment about today,” Clinton said in a speech for the National Multi-Housing Council on April 23, 2013. “It is unsavory, and it always has been that way, but we usually end up where we need to be. But if everybody’s watching, you know, all of the back room discussions and the deals, you know, then people get a little nervous, to say the least. So, you need both a public and a private position.”