Will its offbeat candidates hurt GOP? 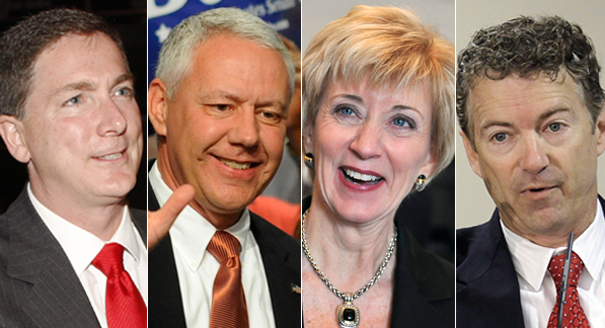 A former professional wrestling executive, a libertarian ophthalmologist and a man who thinks bicycle use could empower the United Nations filed to run in elections. Thatâ€™s not the start of a joke: thatâ€™s a sampling of the deeply unusual pool of candidates running â€“ and actually being nominated â€“ for high office this year.

A phenomenon that began with physician Rand Paulâ€™s victory in the Kentucky Senate primary has effectively gone national: Primary voters are again and again choosing offbeat candidates shunned by national party strategists, and imperiling potential Republican gains this November in the process.

Elections this week in Colorado and Connecticut yielded a new crop of oddball nominees. Ken Buck, a gaffe-prone prosecutor once ordered to take ethics classes for his handling of an illegal guns case, defeated former Colorado Lt. Gov. Jane Norton in a Republican Senate primary. In Connecticut, Linda McMahon, who founded World Wrestling Entertainment with her husband Vince, was linked to steroid investigations and appeared in numerous violent and sexually suggestive sketches, bested Rob Simmons, a former congressman and decorated veteran, for the GOPâ€™s Senate nomination.

Perhaps the weekâ€™s most out-of-right-field nominee was Colorado Republican Dan Maes, a conservative activist and first-time candidate who capitalized on a plagiarism scandal involving primary opponent Scott McInnis to capture the Republican nomination for governor.

Itâ€™s almost impossible to imagine a group of nominees like this emerging in any other election cycle, and the willingness of primary voters to embrace such downright strange candidates underscores just how violently the 2010 electorate has turned against political institutions and the would-be officeholders who belong to them.

â€œA great many Americans think that the entire Washington political process is terribly broken and theyâ€™re not interested in candidates who come from that process or defend that process,â€ said Republican pollster Whit Ayres. â€œTheyâ€™re far more attracted to people who want to radically change the status quo.â€

For a Republican Party hoping to ride the revolt against Washington back into power, the latest round of primaries represent perhaps the most magnified version of a now-familiar challenge: how to benefit from the electorateâ€™s anger without being driven off course by it. And even Republicans expecting a powerful electoral shift in their favor acknowledge that the circus-like primary season could have lingering effects in the general election.