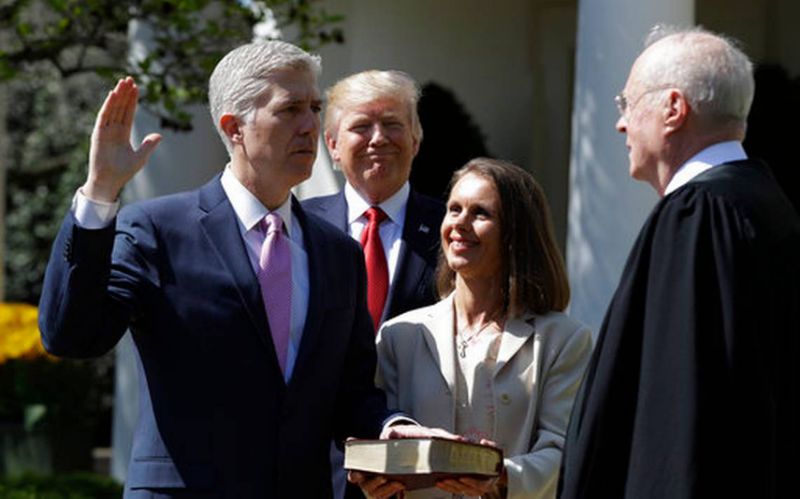 WASHINGTON – The swearing-in of Justice Neil M. Gorsuch on Monday restores the Supreme Court to full strength for the first time in nearly 14 months and sets the stage for further conservative victories that could start accumulating quickly.

A Second Amendment challenge out of California, a religious liberty test from Missouri and a voter ID law problem from North Carolina now await Gorsuch and his eight high-court colleagues. Following private and public swearing-in ceremonies Monday morning, Gorsuch began digging into the first of the cases that could consume him for decades to come.

“I am humbled by the trust placed in me today,” Gorsuch said in the White House Rose Garden. “I will never forget that to whom much is given, much will be expected.”

Gorsuch’s impact could become apparent as early as Thursday, when justices meet for their near-weekly private conference to consider petitions. If at least four justices agree, a case can be accepted and added, at this point in the year, to the court’s oral argument docket for the term that starts next October.