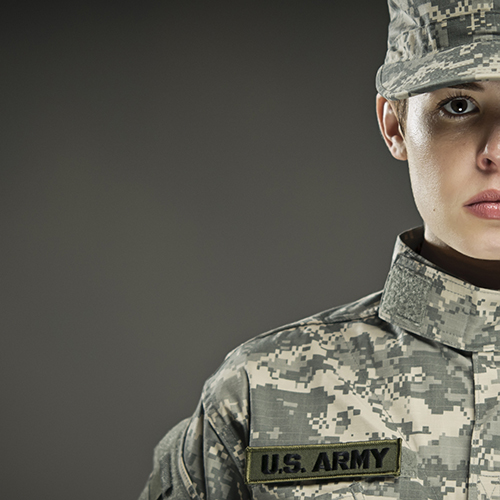 I am a firm believer that a woman can do anything a man can do. I have seen dedicated women in difficult jobs, do better than the men on more than one occasion. From the Military, to law enforcement. EMS to Construction, I can personally attest to the fact that hard, arduous tasks are not gender specific.

So why then, if so many women are demanding, protesting and crying out for gender equality against this bill requiring women to register for the draft; so addiment against it?

Shouldn’t gender equality go both ways? Why should only men ages eighteen to twenty-five be required to register for Selective Service? Isn’t that the very definition of being sexist?

Myself, and every other male in my household registered for the Selective Service when we turned 18. I remember the teacher in High School, my Senior year walking around and handing out the form to every male student that was 18 years of age. I had already enlisted by this point, having signed initially into the Army Reserves on the Split Entry program. (Basic Training at the end of your Junior Year, A.I.T. [job training] at the end of my Senior year)

It was/is our civic duty. We did what was expected of us. In a day and age when self-proclaimed feminists are marching in pink hats, chanting about the evil Male dictatorship over Women in a misogynistic attempt at world domination, screaming and spitting for equality; why are they so against this bill?

The argument has been made that families, “…don’t want to see their daughters killed…”. I get that, but is it any different for the families whose sons would possibly die should the need for a draft arise and were sent off to war?

“A provision that would require women to register for the military draft alongside men for the first time in American history was included as part of the massive 2017 National Defense Authorization Act that passed the Senate handily on Tuesday with an 85-13 vote.

The language requiring the draft for women was added in committee and received little debate on the Senate floor, but has created a firestorm of controversy on and off Capitol Hill. It comes as the military services welcome women into previously closed ground combat units in keeping with a mandate from Defense Secretary Ash Carter given late last year.

Currently, U.S. law requires most male citizens and immigrants between the ages of 18 to 25 to register in the selective service system. The Senate NDAA would require all female citizens and U.S. residents who turn 18 on or after Jan. 1, 2018, to register as well.” (Read More)

We will have to wait and see if this bill goes fully through and is signed by President Trump. Which I can only imagine the outrage and protests that will erupt if he does. Personally, I know many a Combat Veteran that are still with us today, because of a hard charging, fearless female that did her duty and kicked some major butt!

One thing is for certain, the Liberal Left are going to riot should this bill pass and yet again, nothing will be done to stem their low I.Q. levels. Just like Berkeley.