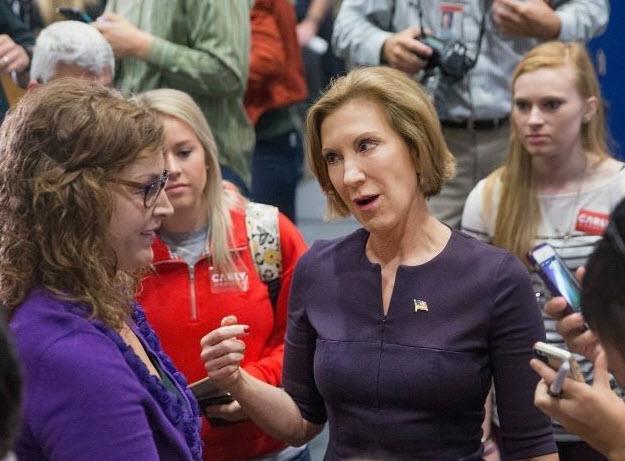 Planned Parenthood paid some of its supporters who threw condoms at GOP presidential candidate Carly Fiorina and at her supporters during an Iowa Hawkeye tailgate on Saturday.

The payments were briefly mentioned in a story by the New York Times. “On Saturday, women wearing pink, some of whom were paid by Planned Parenthood, protested Mrs. Fiorina at a campaign appearance in Iowa, throwing condoms and chanting, ‘Women are watching, and we vote,’” reported the New York Times.

[UPDATE: The Times has since changed the language of this sentence without notification. It now reads: “some of whom were affiliated with Planned Parenthood.”]