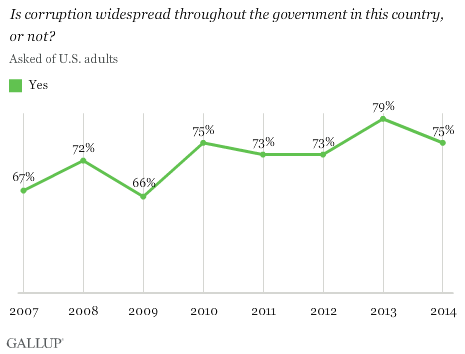 While the numbers have fluctuated slightly since 2007, the trend has been largely stable since 2010. However, the percentage of U.S. adults who see corruption as pervasive has never been less than a majority in the past decade, which has had no shortage of controversies from the U.S. Justice Department’s firings of U.S. attorneys to the IRS scandal.