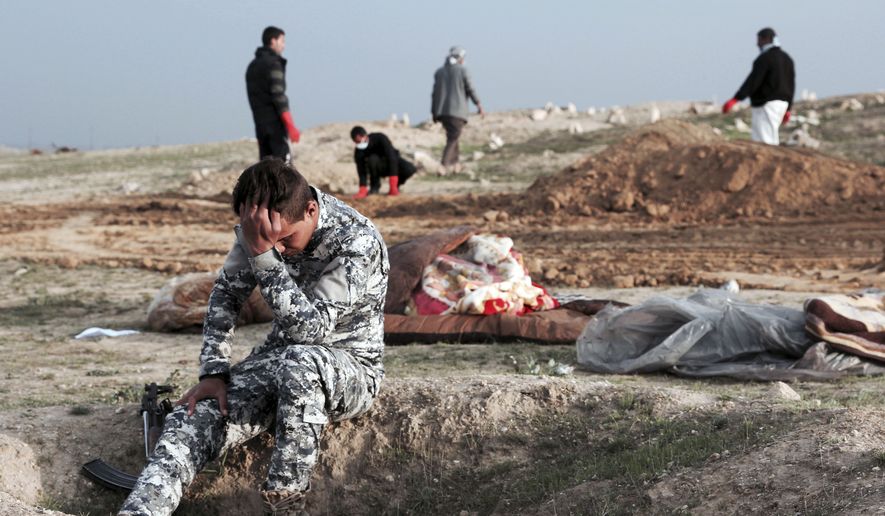 Lawmakers, advocates and survivors gathered Thursday to mark the anniversary of the U.S. designation of Islamic State genocide against Christians, Yazidis and other religious minorities in the Middle East, urging the Trump administration to turn those words into action.

Friday marks the one-year anniversary of the designation issued by former Secretary of State John F. Kerry, which followed the 393-0 vote in the House to recognize the crimes of the Islamic State as genocide.

Reps. Jeff Fortenberry, Nebraska Republican, and Anna G. Eshoo, California Democrat, were among those in attendance Thursday at the U.S. Capitol Visitor Center to celebrate the bipartisan achievement and outline steps to take going forward.

Ms. Eshoo recalled her surprise that the resolution passed.

“It’s hard to believe that a year has gone by since the resolution passed in the House, and as I have often said to my wonderful, blessed friend, Congressman Jeff Fortenberry, if someone had said to me around that time that this would pass the House, I would have said, ‘I don’t think so,’” Ms. Eshoo said. “And yet it did, and it became the policy of the United States of America that there indeed was [and] is a genocide that is taking place.”