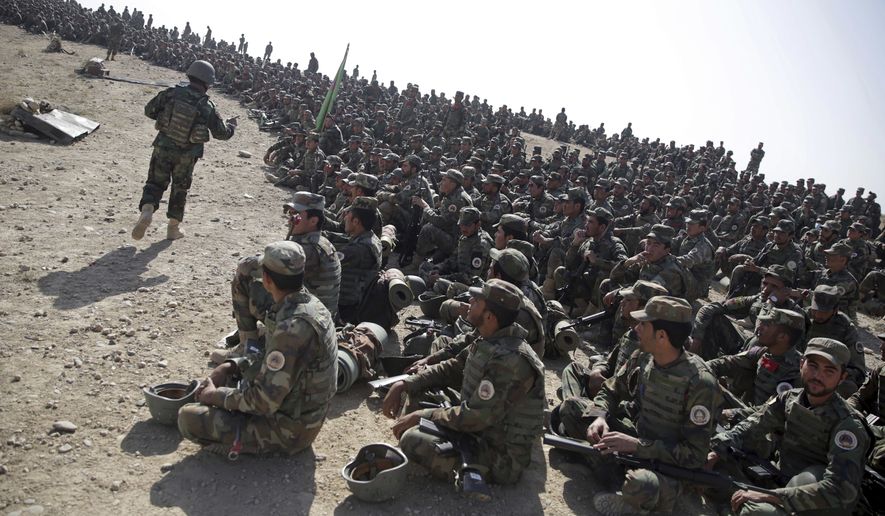 More than 150 Afghan troops brought to the U.S. for military training have gone AWOL since 2005, with 13 of them still unaccounted for and perhaps living as here illegal immigrants now, an inspector general said in a new report Friday.

Part of the problem is that the U.S. never puts the trainees through an in-person interview and exempts them from registering as aliens when they arrive — both steps that other visitors would normally have to go through.

In-person interviews and requiring the troops to register beforehand would help the government gauge whether someone is likely to go absent without leave, and would give immigration officers information about relatives in the U.S. as starting points when someone does go AWOL, the Special Inspector General for Afghanistan Reconstruction said.

But the State Department rejected those suggestions.