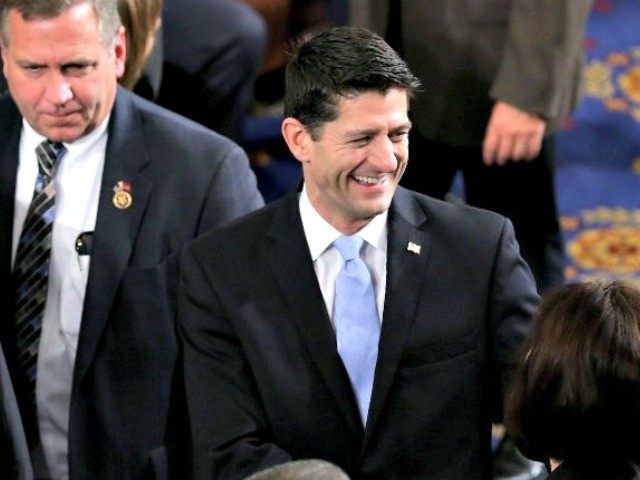 The omnibus bill also funded sanctuary cities, illegal alien tax credits, and changed federal law to allow for a massive increase in low-skilled H-2B workers– an immigration expansion opposed by more than nine in ten GOP voters. Yet at the first gathering of all House Republicans since the omnibus’s passage, Politico reports that GOP lawmakers gave Ryan a standing ovation at the close of this week’s Republican Congressional retreat.

Politico writes: “Retreats like this week’s pow-wow at Baltimore’s Inner Harbor are typically contentious affairs. For the past four years, lawmakers used it as an occasion to scream at John Boehner and Eric Cantor. During their last session here, however, Ryan got a standing ovation as he made commitments to [pursue] big ideas.”