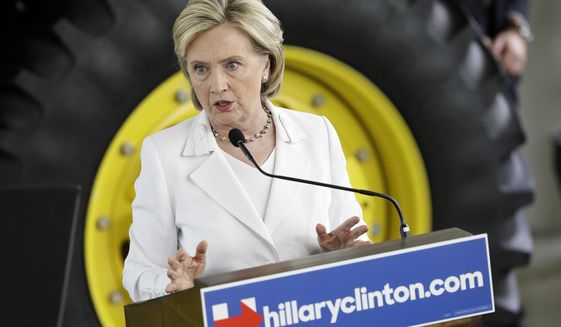 Democratic presidential front-runner Hillary Rodham Clinton said Wednesday that she felt “great heartache” over the shooting ambush that killed a TV news reporter and cameraman live on air in Virginia, pledging that as president she would fight for more gun-control laws.

“We have got to do something about gun violence in America — and I will take it on,” Mrs. Clinton said in an on-camera statement to reports while on campaign trail in Iowa.