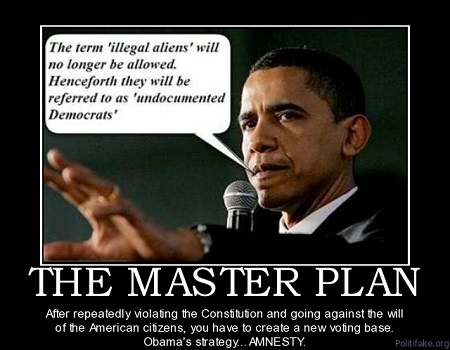 Pro-amnesty advocates will try to co-opt Sunday’s commemoration of the “Bloody Sunday” march in Selma–one of the most seminal moments in the civil rights movement and the history of the country–to again push the false narrative that amnesty for illegal immigrants is the new civil rights movement.

The Alabama Coalition for Immigration Justice is mobilizing and will bus amnesty advocates for the march, which will commemorate the 50th anniversary of the seminal march for voting rights for black American citizens. According to AL.com, the group reportedly declared that, “throughout the weekend, immigrants will stand with thousands of others converging in Selma at this historic moment to affirm their role in the struggle against racism and oppression.”

As Breitbart News has emphasized, “the civil rights movement of the 1960s was about ensuring that black Americans received all of the rights they were due as citizens of the United States while today’s pro-amnesty movement is about demanding full rights for non-citizens who entered the country illegally.”

But that has not stopped amnesty advocates, like gay activists have tried to do with their movement, from trying to tie the amnesty movement to the black civil rights movement.