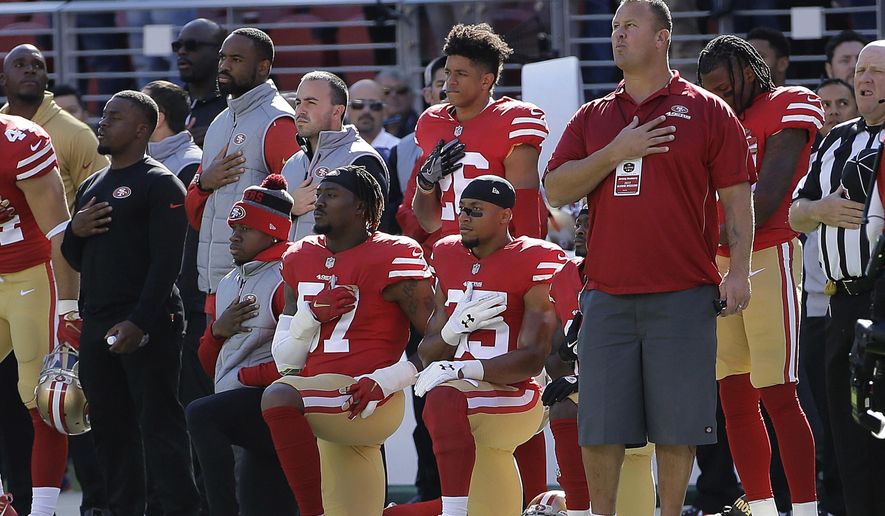 The California chapter of the NAACP has a solution for the NFL take-a-knee flap: Get rid of “The Star-Spangled Banner.”

The organization is urging Congress to jettison the national anthem after passing a resolution at its Oct. 26-29 state conference describing the tune as “one of the most racist, pro-slavery, anti-black songs in the American lexicon.”

A second resolution was passed in support of former San Francisco 49ers quarterback Colin Kaepernick, a leader of last season’s protests during the national anthem.

“We owe a lot of it to Kaepernick,” California NAACP President Alice Huffman told the Sacramento Bee. “I think all this controversy about the knee will go away once the song is removed.”