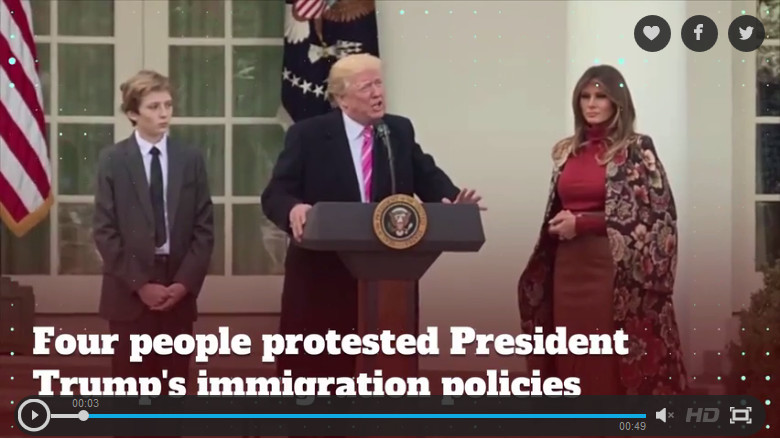 The protesters are young people who came into the country undocumented but were allowed to stay, according to the Seed Project.

Trump ordered the repeal of the Deferred Action for Childhood Arrivals program in September. Attorney General Jeff Sessions in October announced the program would be canceled in March.