AOC and Ted Cruz find more common ground, could ‘team up’ on another issue 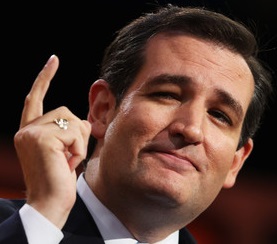 “Perhaps, in addition to the legislation we are already working on together to ban Members of Congress from becoming lobbyists, we can team up here as well,” Cruz tweeted.

Cruz and Ocasio-Cortez, as he noted, already agreed to join forces on a bill that would ban lawmakers from becoming lobbyists after their time in Congress — a rare moment of bipartisanship between politicians who seemed to represent complete opposite sides of the ideological spectrum.