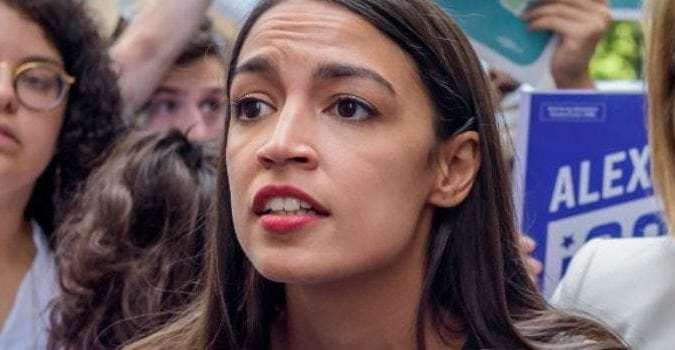 The way the freshman congresswoman tells it, “defund” means exactly what it sounds like.

On Tuesday, New York City Mayor Bill de Blasio and the City Council reached a tentative deal to cut $1 billion from the New York Police Department, “though nearly half will be through shifting school safety from the police to the Department of Education,” according to Gotham Gazette senior reporter Samar Khurshid.

Ocasio-Cortez, who represents New York’s 15th District, did not take the news well.

It continues, “It does not mean counting overtime cuts as cuts, even as NYPD ignores every attempt by City Council to curb overtime spending and overspends on overtime anyways. It does not mean hiring more police officers while cutting more than $800M from NYC schools. If these reports are accurate, then these proposed ‘cuts’ to NYPD’s budget are a disingenuous illusion. This is not a victory. The fight to defund policing continues.”

This statement puts Ocasio-Cortez with Rep. Ilhan Omar of Minnesota, who has called for the disbanding of the Minneapolis Police Department, and opposite Sen. Bernie Sanders of Vermont, who states specifically that he opposes the “defund” movement.

That seems slightly awkward, considering it was not too long ago that Ocasio-Cortez campaigned for Sanders’s failed 2020 Democratic primary campaign.

Trouble in progressive paradise notwithstanding, the bigger question here is: What do the “defunders” actually mean they say they want to “defund” the police? Because, the way things stand, I am confused as hell.

On the one hand, you have people such as PBS’s Yamiche Alcindor, who claimed specifically that activists “calling for defunding the police are not always calling for dismantling departments.”

“In many cases,” she added, “it means redirecting funds from police departments to other parts of society that help people like housing, education, and communities.”

Sed contra, says Ocasio-Cortez, “defund” absolutely means “defund.” Maybe the congresswoman is wrong. Or maybe, in her haste to run defense for political activists, a PBS reporter misrepresented the story (shocking, I know).

Man, if you cannot trust a White House reporter with a book deal to get the story straight, then whom can you trust?