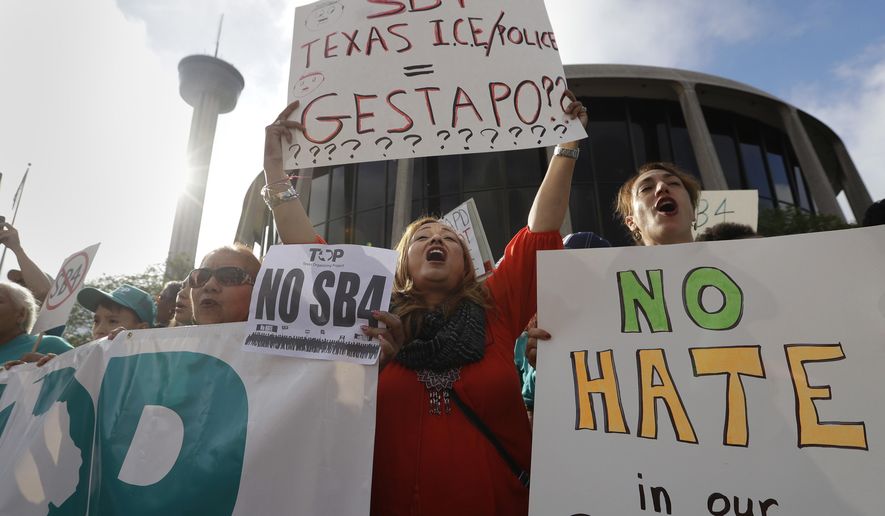 Police and sheriff’s departments also are required to comply with detainer requests when the federal government asks that illegal immigrants be held for pickup, under the 3-0 ruling by a panel of the 5th U.S. Circuit Court of Appeals.

The decision overturns an injunction by a district court judge — though the appeals court said the big arguments remain to be heard later.

Still, the decision is a watershed moment, marking the highest court to allow states to force their localities to comply with detainer requests from U.S. Immigration and Customs Enforcement.