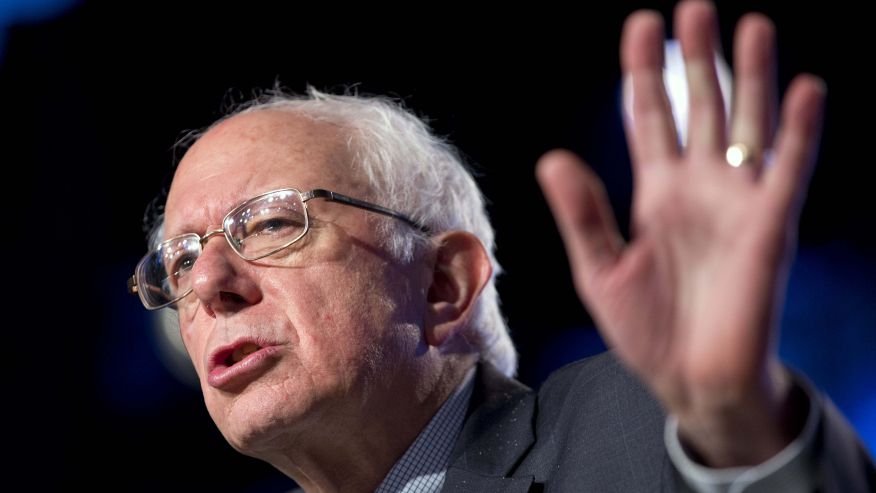 Vermont Sen. Bernie Sanders told supporters they were making history as he live-streamed from a modest, packed, and steamy apartment in Washington, D.C on Wednesday night.

Delivering remarks off a yellow legal pad balanced precariously on a wobbly music stand, Sanders said no campaign has ever held such a large online organizing effort so early on in the campaign.

“The American people are saying loudly and clearly enough is enough,” he said.