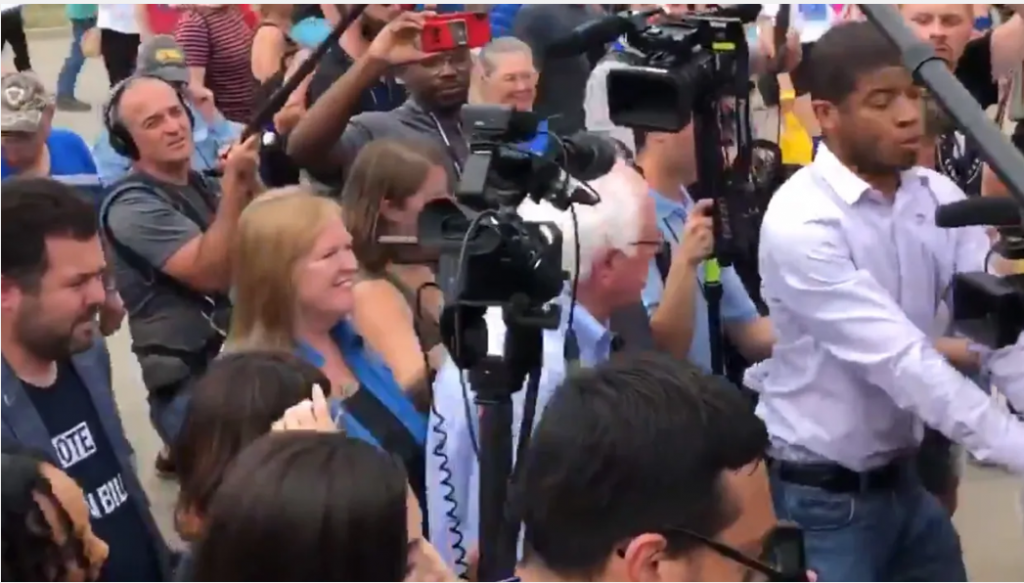 DES MOINES, Iowa — A campaign staffer for Bernie Sanders was screamed at by a local photojournalist who was repeatedly shoved following the Vermont senator’s remarks at the Iowa State Fair.

The confrontation erupted after members of the campaign relentlessly pushed the local journalists to make room for Sanders as he made his way to various attractions at the fair on Sunday.

The press pool erupted in chaos as Sanders left the campaign event, which was hosted by the Des Moines Register.

“Do not put your hands on me. You keep pushing me,” the female photographer yelled at the staffer.