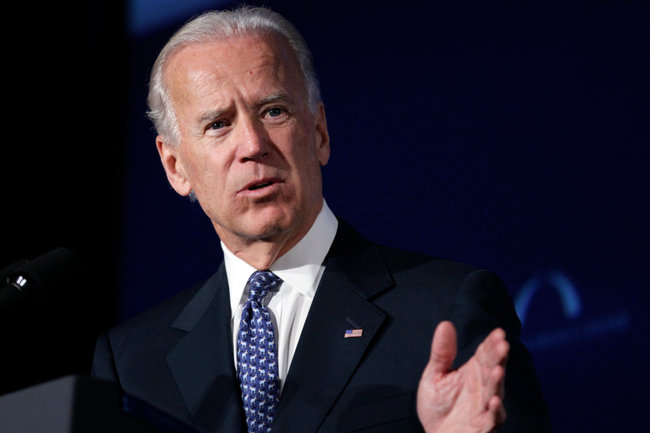 Joe Biden and President Trump have essentially put major campaigning on pause during the coronavirus outbreak. But, when the crisis shutdowns ends, the Electoral College map could have key battlegrounds altered by the pandemic fallout.

“The question is, ‘What’s the health and status of the economy?’” said G. Terry Madonna, a professor and the director of the Franklin and Marshall College poll.

Incumbent presidents generally are not voted out of office in good economic circumstances, he said, but “the effect on the economy, along with the loss of American lives, are going to be the two most important elements.”

Voters in swing states with larger coronavirus outbreaks could behave differently than other swing states on Election Day due to the effects from the outbreak. An extended order to shut down businesses, for instance, could keep more people out of work and strain local businesses. Those in states with a higher death toll could be more critical of Trump’s leadership.

Michigan, which Trump is trying to win again after snagging the state from Democrats in 2016, could have the most severe outbreak of the swing states. It reported over 9,000 coronavirus cases on Wednesday, a surge that is more than twice that of neighboring states Wisconsin, Indiana, and Ohio.

In neighboring Wisconsin, a new poll shows that Biden is performing slightly better against Trump amid the coronavirus pandemic. A Marquette University poll released Wednesday found Biden leading Trump 48% to 45% in the state, an improvement from a February poll that found Biden tied with Trump at 46% support each.

That’s particularly good news for Biden since the poll found that 54% of the Wisconsin voters approved of Trump’s handling of the economy, and 51% approve of his handling of the coronavirus crisis.

Wisconsin’s poll follows a national trend of Trump’s approval ticking upward during the crisis as Biden tries to hang on to his lead against Trump.

“Recessions in the past usually have an effect nationwide. But, in some places, depending on the economy, it could be less serious than in other states. It’s too hard to know,” Madonna said.

Voters’ opinions on how Trump handled the coronavirus pandemic and whether his uptick in approval ratings holds are also important to his reelection chances and could shift based on the severity of outbreaks in different states.

The problem for campaign operatives is that there are virtually no other polls in swing states conducted after mass shutdowns and social distancing measures were implemented in mid-March, leaving evaluating effects of the virus in swing states at this point a guessing game.

Madonna said that his poll center at Franklin and Marshall College would normally pack 25 people into a room to make calls to voters, but that ended when the campus closed its doors in response to the measure last month. Some poll centers survey voters online, but experts are wary of relying only on online polls.

Michigan’s stance in the electoral map is further complicated by the fact that Gov. Gretchen Whitmer, a rising star in the Democratic Party and a national co-chairwoman for Biden’s campaign, is a potential vice presidential pick and got in a high-profile tiff with Trump.

“All she does is sit there and blame the federal government. She doesn’t get it done. And we send her a lot,” Trump said on Fox News last week after Whitmer prodded the president to send medical supplies to her state. In a tweet on Friday, he referred to her as “Gretchen ‘Half’ Whitmer.”

Republican Florida Gov. Ron DeSantis lagged behind other states in issuing a stay-at-home order, doing so on Wednesday after criticism. Before issuing the directive, he pointed to the White House as the reason he had not issued a stay-at-home order while other governors had. “If any of those task force folks tell me that we should do X, Y, or Z, of course we’re going to consider it. But nobody has said that to me thus far,” DeSantis said.