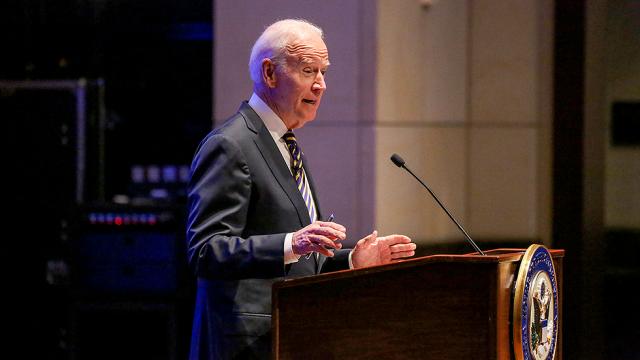 Former Vice President Joe Biden is hitting the campaign trail hard for Democrats running in red states and districts ahead of the midterm elections.

On Tuesday, Biden campaigned twice in Pennsylvania with Democratic House candidate Conor Lamb, who polls show has a good chance of pulling off an upset special election victory next week in a district long held by Republicans.

Biden this weekend will headline the Mansfield Metcalf Dinner in Montana, where Sen. Jon Tester (D) is up for reelection in November.

The following weekend, he’ll headline the North Dakota Democratic-NPL convention, campaigning on behalf of Sen. Heidi Heitkamp, another Democrat who, like Tester, is facing a reelection fight in a state won by President Trump.