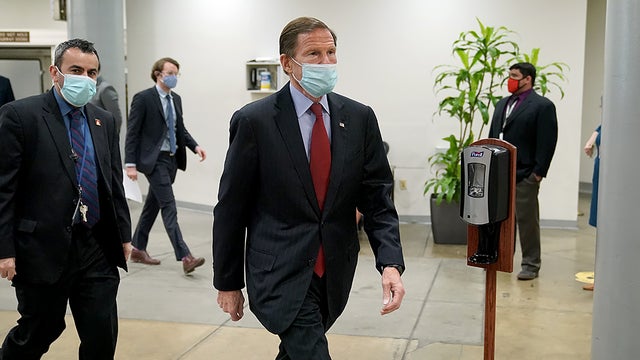 President Biden’s call for an assault weapons ban is putting pressure on Democrats to pass legislation that strategists worry could put lawmakers in a vulnerable spot heading into next year’s midterm elections.

The president’s latest push goes beyond expanded background checks and sets the stage for votes to ban assault-style weapons and high-capacity magazines — a potential political liability in Senate battlegrounds such as Georgia, North Carolina, Ohio, Pennsylvania and Wisconsin.

One North Carolina-based Democratic strategist said voting on an assault weapons ban would help fuel Republican arguments that the Biden administration is coming to take their guns.

“Republicans are already claiming that Democrats are trying to take people’s guns and have no respect for the Second Amendment,” said the strategist.

“It is a problem in all those states, in my mind,” the strategist said of the debate on gun control measures. “The question which is going to determine 2022 is: Is it going to be enough to get those Trump voters out to vote?”

The strategist said the issue cuts both ways, with expected Republican opposition to a House-passed bill expanding background checks potentially swinging “whatever suburban women who are left” still voting for GOP candidates over to the Democrats.

A debate on gun control of any kind is seen as especially dangerous to Democrats in North Carolina because it could energize rural Republican-leaning voters in a way that would otherwise be difficult without former President Trump atop the ticket.

Trump won North Carolina in both 2016 and 2020, and Sen. Thom Tillis (R-N.C.) won reelection last year thanks to huge GOP turnout in rural counties that offset Democratic voters in urban and suburban areas.

“It’s more powerful in the Republican rural base,” the strategist said of the gun control debate, while “it’s one of a litany of issues that suburban voters do not agree with the Republican Party on.”

Senate Democrats expect to debate and vote on legislation related to gun violence this year, but Majority Leader Charles Schumer (D-N.Y.) hasn’t yet told colleagues when that will happen or what specific proposals he will endorse.

“We’re going to discuss that this week in leadership. I talked to Chuck about it yesterday and he still has not made any decision,” Senate Majority Whip Dick Durbin (D-Ill.) said Monday afternoon.

Before the two-week April recess, Schumer identified legislation to expand background checks as the core Democratic proposal, but he declined to say what his plans are for legislation banning assault-style weapons.

Schumer said on March 23 that he had not spoken to Biden about an assault weapons ban.

The House last month passed a bill expanding background checks, as well as another bill that would extend the background check review period. But House Democratic leaders in the previous Congress decided against an assault weapons ban vote, despite having 216 co-sponsors for the legislation.

“We should also ban assault weapons and high-capacity magazines in this country. For the 10 years we had it done, the number of mass shootings actually went down,” the president said. “There’s no reason someone needs a weapon of war with 100 rounds, 100 bullets that can be fired from that weapon.”

He also called for stripping liability protections for firearms manufacturers.

Morgan Jackson, a North Carolina-based Democratic strategist, said Republicans try to stoke fears over gun confiscation every election, so their strategy won’t be anything new, nor especially effective, in 2022.

“There’s a Second Amendment campaign every year,” he said. “They said for eight years that [former President] Barack Obama was going to take away our guns. Nobody’s gun was taken away. They’re saying it about Joe Biden now.”

“The cake’s already baked on that. In rural North Carolina, folks who are concerned and listen to the [National Rifle Association] NRA messaging and buy into that, they buy into it 12 months out of the year,” he said. “Regardless of whether a bill moves to the floor.”

But, he acknowledged, “North Carolina has a lot of gun owners” and “you have to be smart about it.”

The late Sen. Kay Hagan (N.C.) was one of the Democratic incumbents who got swept out of office in 2014 after the Senate’s gun violence debate in 2013, when she voted for legislation to expand background checks and against amendments to regulate assault-style rifles and high-capacity magazines.

The NRA reportedly spent $2.5 million in attack ads against Hagan in 2014, calling her beholden to “out of state gun control groups” and “liberal billionaires.”

After Senate Democrats in 2013 debated proposals to restrict assault-style firearms and high-capacity magazines, which carry much less bipartisan support than expanding background checks, they got wiped out in the 2014 midterm elections, losing nine seats and control of the upper chamber.

Some Senate Democrats and strategists say the politics of gun control have changed since then, and point out that the NRA, which is in the midst of bankruptcy proceedings, is now significantly weakened.

But Democrats made a similar argument in 2013, when they said the horror of the Sandy Hook Elementary School shooting in December 2012 had changed the political calculus on gun control.

Some Democrats blamed their loss of the House and Senate in the 1994 midterm elections on the passage of a 10-year assault weapons ban sponsored by Sen. Dianne Feinstein (D-Calif.).

Schumer, in 2013, said the perception that gun control legislation cost Democrats control of Congress in the mid-90s was the reason why there was little progress in addressing gun violence during the Clinton and Bush administrations.

“Rightly or wrongly, those two bills were blamed for Democrats losing control of the House and Senate. And for 20 years, not much happened,” he observed in reference to the 1993 Brady Handgun Violence Prevention Act and the 1994 assault weapons ban.

Feinstein is now pressing Durbin, the Judiciary Committee chairman, to hold a hearing on her proposed assault weapons ban.

Durbin said Monday that Sen. Richard Blumenthal (D-Conn.), chairman of the Judiciary Committee’s subcommittee on the Constitution, will be holding a series of hearings on addressing gun violence.

Dave Heller, a Democratic strategist who has worked for House candidates across the country, said if proposals to ban assault-style rifles and high-capacity magazines come to the House floor, no lawmaker who is weighing a Senate run is likely to vote for them.

Reps. Tim Ryan (D-Ohio) and Ron Kind (D-Wis.) are seen as the two House members most likely to run for Senate seats in the battleground states where the gun control debate would pose the biggest problems for Democrats.

“It doesn’t have quite the impact that it would were there [pro-gun control] House members running,” said Heller. “I don’t know who in the House is thinking about running for the Senate in those particular states who would take a ‘yes’ vote and then run for higher office.”

Heller noted gun control could be an issue in a Democratic Senate primary in Ohio if Ryan faces a progressive challenger.

“I do think the one place it really does bear watching is Ohio. Does [Dayton Mayor] Nan Whaley, for example, run against Tim Ryan?” he said. “There are progressive voices in Ohio who are looking at the race. If they did, I think that would push Congressman Ryan to vote for a gun control measure.” 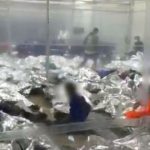 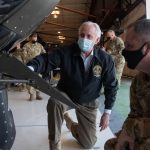 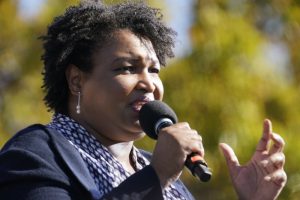 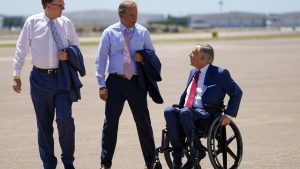