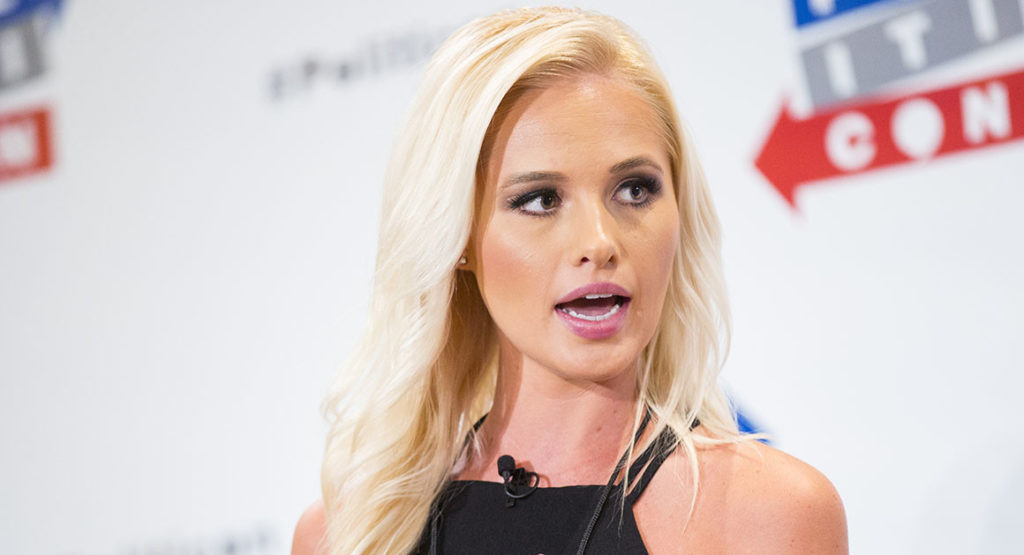 Tomi Lahren, the Trumpite girl wonder, seemed hurt. Famous for savaging Hillary Clinton, snowflakes and Black Lives Matter at auctioneer pace in the rant portion of “Tomi,” her nightly show on Glenn Beck’s BlazeTV, Lahren typically casts a cold eye on emotion. But her sangfroid appeared to fail her on Monday, March 20, after a long weekend taking heat from conservative quarters for announcing on “The View” that she’s pro-choice. (“I’m for limited government, so stay out of my guns, and you can stay out of my body as well.”)

Most of the attacks were Twitter’s usual ad-feminem taunts and entry-level sarcasm—many accusing Lahren of turning coat and aligning with the liberals she purports to despise—but some conservatives brought out bigger guns, calling Lahren godless. Presumably to fortify herself for another social-media scalding, Lahren tweeted, with the tag “#mondaymotivation,” a you-go-girl inspirational quote. It was less a stock Lahren zinger and more the kind of thing that shows up on the Instagram accounts of yoga studios: “No one hunts small deer”—deer emoji—“this too shall pass.”

Aw. That was about 11 a.m. By day’s end, nothing had passed but her tenure at The Blaze. The Daily Caller reported that production of “Tomi” was suspended—first for a week, and then, according to a report in the New York Post, permanently. Beck, Lahren’s boss, questioned Lahren’s libertarian bona fides as a zealous Trump supporter: “Wait, libertarian views? Help me out on Trumpcare, stimulus, and executive orders. Trump is anything but libertarian. #intellectualhonesty.” A source close to Beck told the gossip page of the Post, “Glenn is reminding the world of his conservative principles by sidelining Tomi after she insulted conservatives by calling them hypocrites.” (Conservative agitator Mark Dice put it this way: “@GlennBeck soured on @TomiLahren when she wouldn’t drink his #NeverTrump Kool Aid, & got jealous when she became a bigger star than him.”)

And so, in a blink of the eye, Lahren has gone from darling of conservative media to a thorn in its side. Just last month, President Trump himself called Lahren to praise her for praising him. Conservative publications like Freedom Liberty News raved about her “gorgeous” selfies taken in the name of veterans. But now, in spite of fans’ hopes that Fox would snap her up, Lahren remains, as the month ends, a pepperpot without a pulpit—and one worth watching.