Castro Absolves US For ‘Imperialist Aggression’ 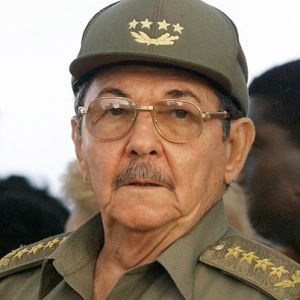 Cuban President Raul Castro recounted the history of U.S. “imperialist aggression” in Latin America in an address here Saturday at the 7th Summit of the Americas, although he absolved U.S. head of state Barack Obama of responsibility for those past actions.

Castro, whose country was invited to the gathering for the first time this year, received an ovation when he began his speech by saying the “time had come for him to speak here” on Communist-ruled Cuba’s behalf.

He referred to the United States’ “wars, conquests and interventions” in the region, saying through an interpreter that the country has been a “hegemonic force that plundered territories throughout the Americas.”

Castro recalled that the U.S. Congress authorized military intervention in Cuba in the late 19th century and that led to the establishment of a military base in Guantanamo that still “occupies our territory.”