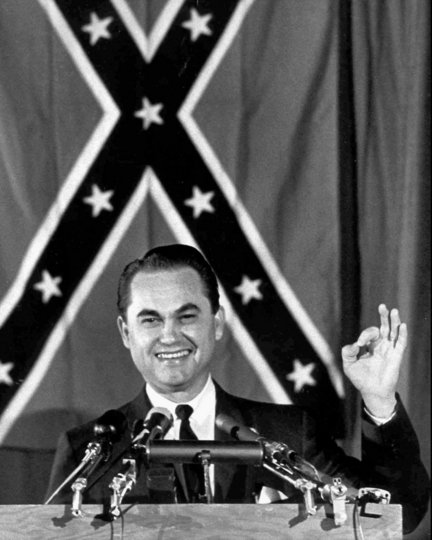 Sunday on NBC’s “Meet The Press,” after playing a montage of Donald Trump on issues over the years, host Chuck Todd attacked the Republican presidential candidate and billionaire business mogul by comparing him to segregationist Alabama Democratic Gov. George Wallace.

Journalist Maria Hinojosa said, “I did my research. I went back, and I was like, ‘What did FDR say about Japanese Americans?’ He said they could never be trusted to own land, they could never be trusted to assimilate. What did Strom Thurman say in 1948, when he was running for president? That all of the bayonets of the U.S. Army will never be able to force Negroes into my home or my church. So if, and what I’m hearing from Latino leaders who I’ve been speaking to, if this was being said, these comments were being said about any other group, African-Americans, Italian-Americans, Jewish-Americans, the entire Republican Party, the entire Democratic Party, the entire media establishment would stand up and say no. And yet, the feeling is well, you know, how much can we get away with insulting Mexicans, Latinos, immigrants.”

Host Chuck Todd said, “I think the question is are the Republican leaders doing enough to distance themselves? Are they going to look back a year from now and say, ‘Boy, I should have been tougher?’ Is Jeb Bush going to say, ‘I should have just said, ‘You know, I’m not going on a debate stage with that guy?”