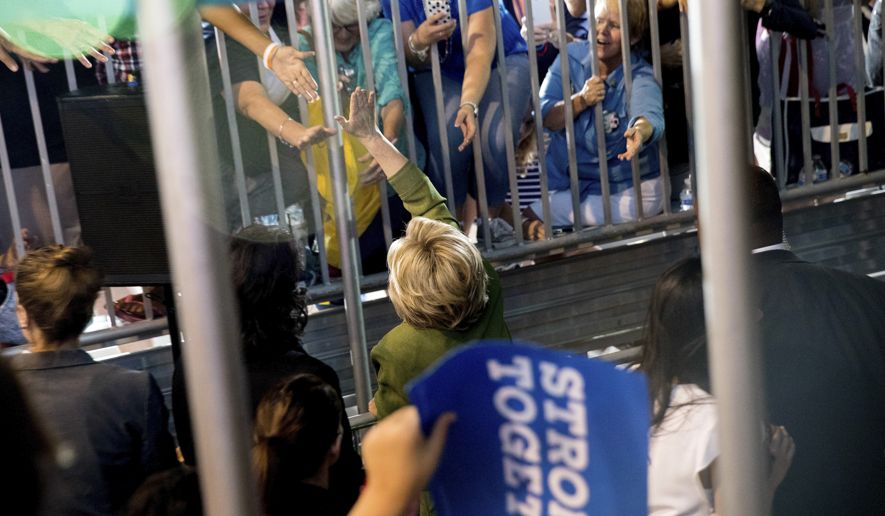 “What’s disturbing to us is experts are telling us Russian state actors broke into the DNC, stole these emails, and other experts are now saying the Russians are releasing these emails for the purpose of helping Donald Trump,” Clinton campaign manager Robby Mook said Sunday on CNN’s “State of the Union.” “I don’t think it’s coincidental that these emails were released on the eve of our convention here.”

Mr. Mook suggested there was a tie between the release of the emails and pro-Russia sentiment echoing from the Republican National Convention.

He pointed to Mr. Trump’s comments that the United States should not necessarily comes to the defense of its NATO allies in the event of an attack from Russia.