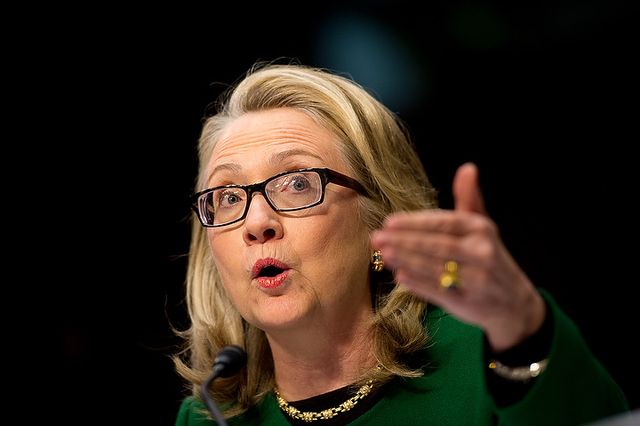 Hillary Clinton’s astroturf candidacy is in full swing in Iowa. Her Tuesday morning visit to a coffee shop in LeClaire, Iowa was staged from beginning to end, according to Austin Bird, one of the men pictured sitting at the table with Mrs. Clinton.

Bird told Daily Mail Online that campaign staffer Troy Price called and asked him and two other young people to meet him Tuesday morning at a restaurant in Davenport, a nearby city.

Price then drove them to the coffee house to meet Clinton after vetting them for about a half-hour.

The three got the lion’s share of Mrs. Clinton’s time and participated in what breathless news reports described as a ’roundtable’– the first of many in her brief Iowa campaign swing.

Bird himself is a frequent participant in Iowa Democratic Party events. He interned with President Obama’s 2012 presidential re-election campaign, and was tapped to chauffeur Vice President Joe Biden in October 2014 when he visited Davenport.