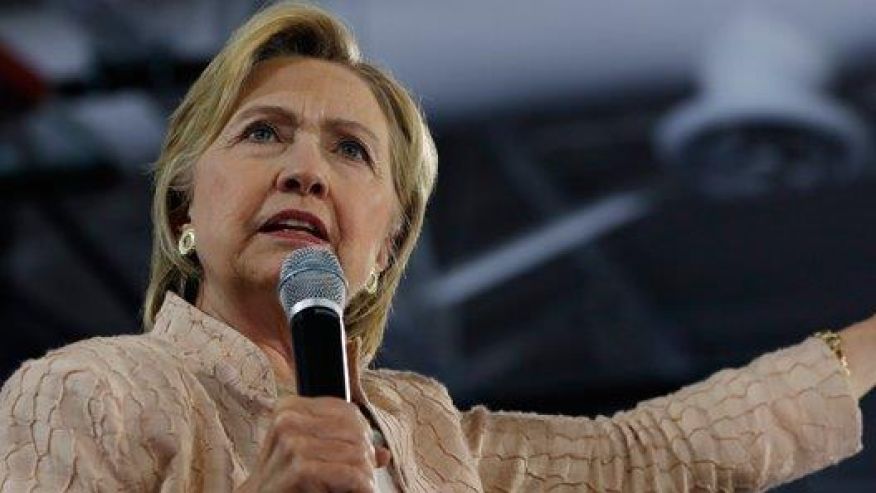 A two-page letter from Hillary Clinton’s doctor a year ago, declaring the former first lady, senator and secretary of state “fit to serve” as president has done little to quell doubts about her health amid a gruelling campaign.

Photos of the Democratic presidential nominee being helped up stairs, frequent coughing bouts on the campaign trail and rumors that a 2012 concussion was worse than revealed have made the 68-year old’s fitness a campaign issue.

“Hillary Clinton lacks the judgement, the temperament and the moral character to lead this nation,” Donald Trump said in a recent foreign policy speech. “Importantly, she also lacks the mental and physical stamina to take on ISIS, and all the many adversaries we face – not only in terrorism, but in trade and every other challenge we must confront to turn this country around.”

U.S. Democratic presidential candidate Hillary Clinton (in green coat, back to camera) loses her balance briefly as she arrives for a tour of SC STRONG, a home for ex-offenders and substance abusers on the grounds of the former Charleston Navy Yard in North Charleston, South Carolina February 24, 2016. REUTERS/Jonathan Ernst –

Clinton’s health has been a matter of scrutiny since the concussion she suffered while serving as secretary of state. While being evaluated at New York-Presbyterian Hospital, doctors discovered a blood clot inside a vein in her head and prescribed blood thinners, she told ABC News’ Diane Sawyer in 2014.

In part to quash speculation about Clinton’s health, the campaign released a summary of her medical records last summer.