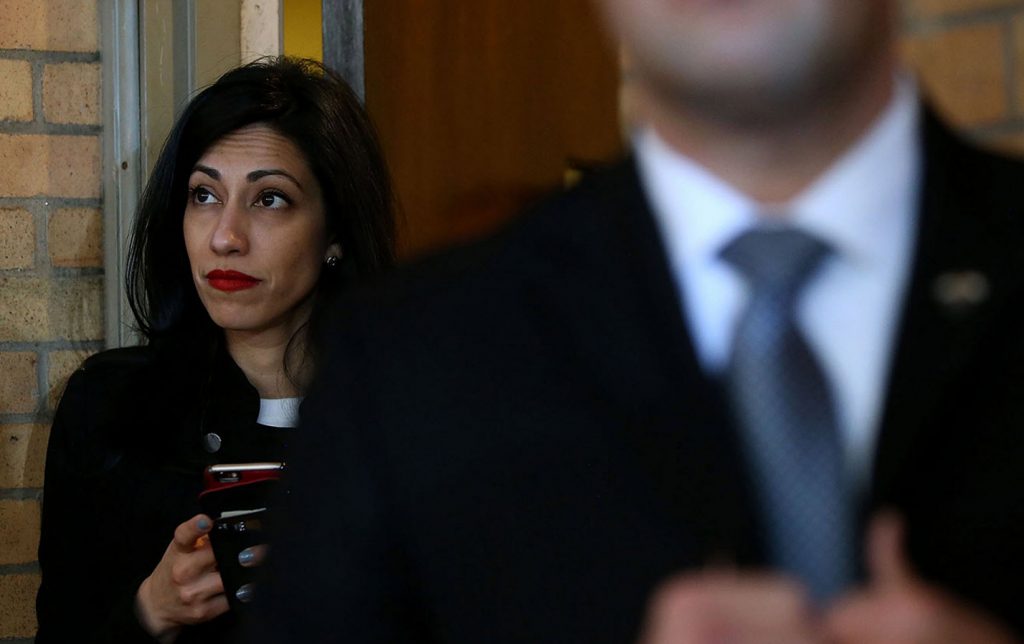 A top aide to Hillary Clinton said the former secretary of state’s use of a private e-mail server to conduct government business on at least one occasion got in the way of Clinton’s work and left the aide frustrated, according to two people who witnessed the aide’s deposition Tuesday.

Huma Abedin, Clinton’s deputy chief of staff and now the vice chair of her presidential campaign, was being deposed about the context of a November 2010 e-mail she sent Clinton that they “should talk about putting you on state email or releasing your email address to the department so you are not going to spam.” Prompting the note, according to the e-mail chain released last week by the State Department under the Freedom of Information Act, was a missed scheduled phone call, one of a number of communications mishaps detailed in Clinton’s 55,000-page e-mail record.
Huma Abedin, aide to Democratic presidential candidate Hillary Clinton, stands off-stage at an event on Feb. 5, 2016, in Manchester, New Hampshire.

Clinton responded in the 2010 exchange that she could get a “separate address or device” but said she didn’t “want any risk of the personal being accessible,” according to the e-mail chain. Abedin replied that the missed communications were “not a good system.”

Abedin testified that “the personal” referred to non-government messages Clinton was also exchanging via the e-mail address rather than any improper treatment of government records, according to one of the people who witnessed the deposition. Abedin, whose close relationship with Clinton has led her to be described as a surrogate daughter, was one of a handful of aides to have her own account on the clintonemail.com server.

97 Comments - what are your thoughts?