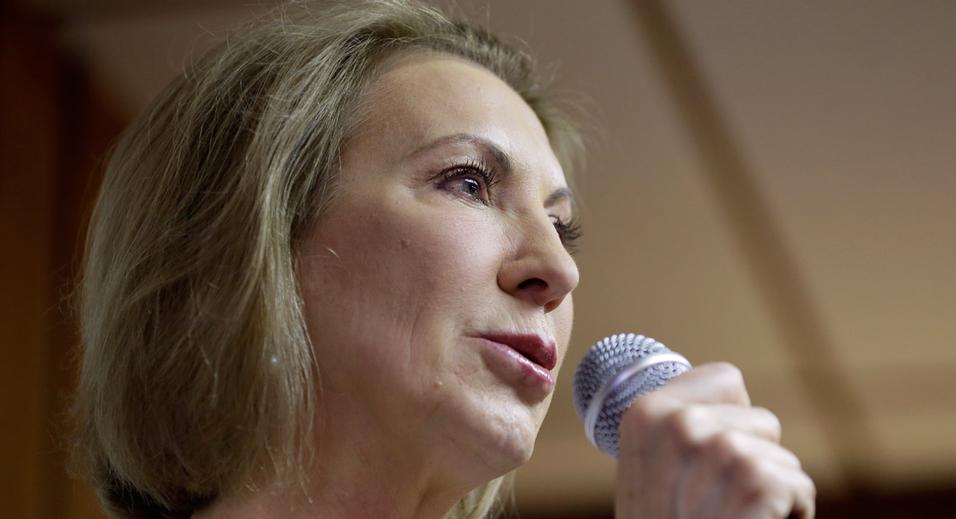 Carly Fiorina said on Saturday she won’t be afraid to throw punches in her campaign for president, and at the Koch-funded Freedom Partners summer conference, she had a few ones saved in particular for Jeb Bush, Hillary Clinton and the media.

Fiorina, the former Hewlett Packard CEO and the only woman running for the Republican nomination, told POLITICO’s Mike Allen that if she were able to ask one of her rivals a question, she’d ask why former Florida Gov. Jeb Bush, after two presidents with the same name, thinks he’d be the one Bush to fix Washington.
Story Continued Below

“We have festering problems in Washington D.C. … the power, the weight the complexity of government is literally crushing the potential of this nation,” Fiorina said, listing the border and problems with Veterans Affairs as issues that have plagued the government for decades. “Given those festering problems for both Republicans and Democrats over decades, I think my question to Gov. Bush would be why do you think you are the Bush who can change that?”