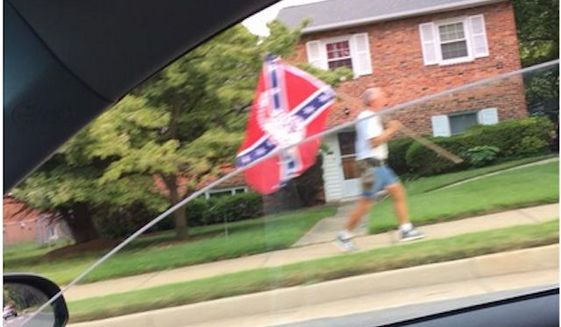 A concerned resident called police after spotting a man walking “very deliberately” down a residential street in Arlington, Virginia, carrying a hybrid Confederate flag over his shoulder.

The flag was a combination of the Confederate battle flag and Gadsden flag, depicting the famous “Don’t tread on me” snake over the blue and red Confederate banner.