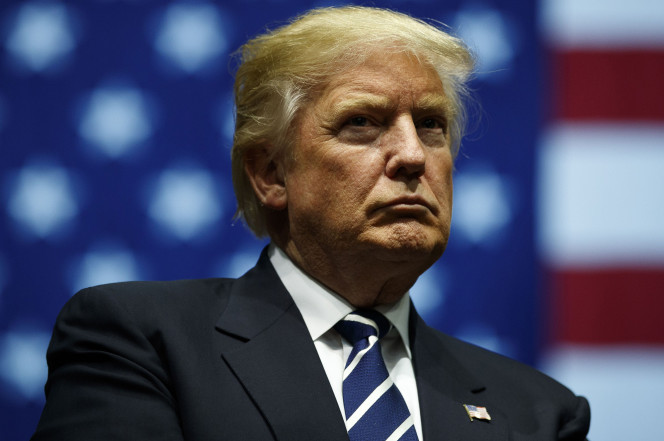 A Democratic lawmaker is desperately lobbying the Electoral College to shun Donald Trump, and vote for Hillary Clinton — even though he conceded Monday that the Republican won the election “fair and square.”

The plea from Rep. Jim Himes (D-Conn.) comes a week before the Dec. 19 vote, which is expected to affirm the results of the Nov. 8 election, in which Trump beat Clinton with 306 Electoral College votes.

“We’re 5 wks from Inauguration & the President Elect is completely unhinged. The electoral college must do what it was designed for,” Himes wrote Sunday night on Twitter in response to Trump’s gripe that NBC “Nightly News” is “biased, inaccurate and bad, point after point.”

In an interview Monday on CNN’s “New Day,” Himes said that Trump’s refusal to say that the Russians hacked Democrats during the election was what prompted his plea to the Electoral College.

“What finally pushed me over the edge was when the president-elect of the United States criticized the CIA and the intelligence community. Can you imagine what the leaders in Beijing and Moscow and Tehran are thinking as they watch the next president of the United States delegitimize and criticize his own intelligence community and stand up for the defense of Russia, one of our prime adversaries,” said Himes. 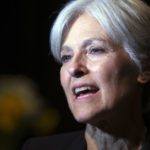 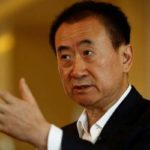 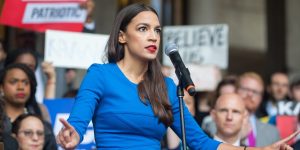 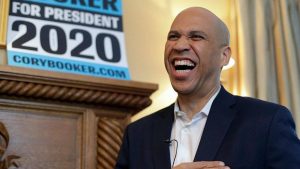 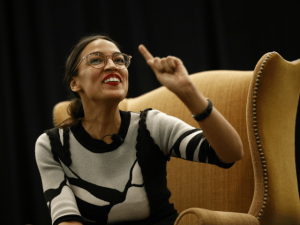 So much for the “peaceful transition of power” demanded by the left when Trump stated he might not accept the outcome of the election. So much for the “there’s no way our election could be hacked” statement by the Obama Admin and the left back in October when Hillary was a shoe in. Now that they LOST, we have to make excuse other than “we had a horrible candidate that NO ONE likes, not even us”

Surely we have seen much kanoodling among biased judges since O in and every other department that has a say so.

Jim Hines Absolutely Has No Clue of What He’s Talking About !!

Himes,Better thought a dam fool than to open your mouth and remove all doubt

“completely unhinged”? That describes the mind of most ALL demonrats. Well, he is a Dem from Conn. Explains everything…

These people are going crazy, are they afraid that the border may pose a problem for their drug businesses or their child prostitution rings, their PC game, their finishing off of America, their NWO game, the climate change scam, their little back room deals with our enemies like gun running that Obama, and the now basket case Clinton! And this Russian scam has really taken the cake, next they’ll complain about putting our schools back to normal again!!

Donald Trump doesn’t appear to be unhinged to me. I see a professional executive that is working to assemble his team. In addition to this great task he is traveling around the country to thank his supporters, meeting with business owners and shaking up the status quo. The Donald seems to be doing fine.

We shouldn’t be surprised that a Democrat congressman doesn’t support a Republican president-elect. He doesn’t realize that many of us decided we didn’t want Hillary Rotten Clinton to be our president. I’m ready to give Mr. Trump the benefit of the doubt.

What a piece of low-life slime this guy, Jim Himes, is!! Obviously, he’s one of those whiners who is heartbroken and sobbing over HRC’s defeat. Man up, Jimbo. Reach between your legs and get a grip….oh, nothing there, huh?

Democrats just can’t believe they lost. If they can’t understand what they put the American people through the last 8 years, then they are dumber than we thought. Democrats have become a dying breed.

The Democrats are completely unhinged.They were ready to party because they thought they had fixed the election.But their candidate was so bad and so disliked that the American People had other ideas.I wouldn’t put anything past them so don’t be surprised if they continue to act like idiots.

Trump obviously has totally and completely dropped the equivalent of a Nuclear bomb on every single deep rooted, shadow government set-up that was put into place and he has flushed the snakes out of the grass and they are biting at a fever pitch. They are easily now identifiable in every sense of the word from the two parties to all the people around the country in with them.

They are like a pack of wolves and rabid animals running a serious muck and throwing every single thing at the wall to see what sticks. So between bribing, begging and who knows what, we hear threatening the Electorates to pushing a Trump/Russian conspiracy. They think they have a real chance with this one.

So folks strap on the safety belt because they fully intend to stop Trump one way or another. My question is when they pull this off it they do how will they stop the backlash from “We the People?”

Himes should be charged with sedition, as well as the others who call for the electors to change their vote and those who do. In 2008 I did research into Obama and saw then that he wasn’t a citizen because of his adoption by Lolo Sotoero. He is an Indonesian citizen who MAY have changed his name in Canada back to Barak H. Obama. There is no record that he ever reclaimed American citizenship. I voted against him (twice .. 2008, 2011) as did many others, but we never rioted, burned businesses, or called for the elector to change their votes. Why?? I am an American patriot.

It sounds like the Re. is the one who is unhinged.

Another nobody seeking attention. Amazing how many nobodies we have in Congress, the Left Coasts and the media. Go Trump!

Jim Himes does not realize, or he does, that when elections don’t make a difference the next step if violent revolution. Voters are fed up with the ruling elite, the ruling class and the establishment and Trump represents the desire to change that, to have a government that thinks of the ordinary American citizen first. The current people in charge see American citizens as a constant source of money and as a convenient target. If that isn’t brought to an end revolution is the last result.

Can we mount a recall election in this bozo’s district?

Agree, Obama is advocating violence and lies and should be investigated. However, he will get by with everything as he has over the past 8 yrs. Said how some are above the law, isn’t it.

During his whole time in politics Jay Rockefeller controlled the CIA and FBI through his lackey, George Bush (the elder). Trump should clean house starting with these two. Every bureaucrat should be required to take an oath of loyalty to the USA and not be allowed to vote in any Federal election. Actually they should all be fired and have to have a background check before they can reapply. This is the Marxist money boys trying not to lose control of us!

JIM HIMES IS AN ABSOULTE IDIOT, IF THE ELECTROCIAL COLLEGES GOES AGAINST THE WILL OF THE PEOPLE IN THEIR STATE, THEY WATCH OUT, YOU COULD SEE A REVELOUTION IN THIS COUNTRY. THIS MAN IS TRYING TO DESTROY AMERICA AND SHOULD BE RECALLED.

Please don’t use intelligence, and this administration in the same sentence.