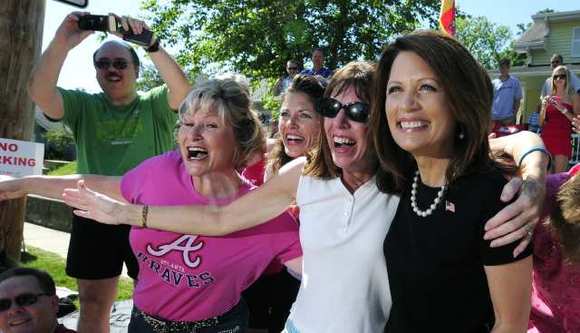 A socially conservative group has apologized for including a passage about slavery in a pledge it asked the Republican candidates to sign as a prerequisite for the groupâ€™s endorsement in the presidential race.

Rep. Michele Bachmann had been the first GOP hopeful to sign â€œThe Marriage Vow,â€ which included in the introduction a section that lamented that â€œthe Institution of Marriage in America is in great crisis.â€
One piece of evidence it offered was the claim that a black person born into slavery â€œwas more likely to be raised by his mother and father in a two-parent household than was an African-American baby born after the election of the USAâ€™s first African-American president.â€

The suggestion that African American babies may have somehow been better off under slavery touched off sharp criticism from liberals and commentators, who noted that U.S. slaves had been forbidden from marrying and were often sold at auction and separated from their family members.

On Saturday, in a note forwarded to reporters by the Bachmann campaign, the group, the Family Leader, apologized for the reference.