The most comprehensive cybersecurity legislation proposed by Congress, which sponsors say would have helped protect the government and industry from potentially devastating cyberattacks, was voted down in the Senate Thursday.

The Cybersecurity Act of 2012 would have given the government the three legislative elements it needs to fend off cyberattacks, according to John Brennan, assistant to the president for homeland security and counterterrorism. Those are new threat-information-sharing between the government and private industry, better protection of critical infrastructure such as the power grid and water filtration facilities, and authority for the Department of Homeland Security to unite federal resources to lead the government’s cybersecurity team.

“This is a moment of disappointment that I really cannot conceal,” Lieberman said after the vote. “But the threat of cyberattack is so real, so urgent and so clearly growing that I am not going to be petulant about this.”

On a telephone conference all with reporters Wednesday, Brennan and with other administration officials urged Congress to pass the bill.

“The risks to our nation are real and immediate,” Brennan said, adding that the White House didn’t see the legislation as a partisan issue, but rather a matter of national security.

Republicans opposed to the bill argued that the cybersecurity standards that would have been put in place allow for too much government regulation.

“How can the Senate ignore these repeated warnings from the experts of how at risk our national security, our economic prosperity, and indeed our American way of life it is,” Collins asked. “It just is incomprehensible to me that we would not proceed to this bill. There certainly is plenty of blame to go around.”

Congress begins its August recess Friday. With a short fall legistlative schedule before the election it’s unclear whether cybersecurity legislation will be voted on again before next year. 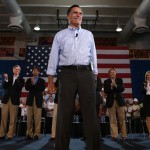