Democrats brace for round two of impeachment witness fight 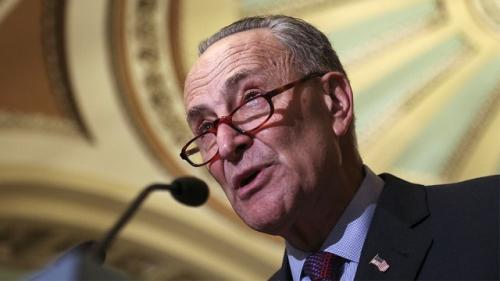 Senate Democrats are preparing for round two in the fight over impeachment trial witnesses.

Now that Senate Majority Leader Mitch McConnell (R-Ky.) has won round one, saying he has the 51 votes needed to start President Trump’s impeachment trial without an agreement on potential testimony, Democrats are vowing they will force votes at multiple points during the trial.

The strategy sets up key junctures to watch during the likely weeks-long trial that, Democrats hope, keeps pressure on a handful of GOP senators they will need to win any of the looming procedural battles.

Senate Minority Leader Charles Schumer (D-N.Y.) is seeking to shift the focus from McConnell — who has said he does not believe either Trump’s legal team or House impeachment managers should call witnesses — to rank-and-file members by noting that “every senator will have to vote” on whether to call witnesses or compel documents.