Democrats’ first 2020 debate is only months away 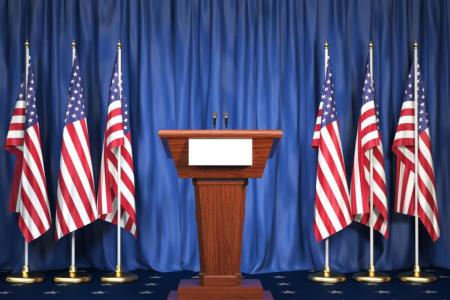 Those hoping for a break from high-pressure politics after the November midterms are out of luck. After just a short couple of months to catch our collective breath, it’ll be time to start thinking about the 2020 presidential election.

The first Democratic presidential debate is just months away, Politico reported Monday, and potential candidates are already vying for one of the primetime spots on the debate stage.

“By the early spring at the latest you’ll be seeing debates, and I think probably in the first quarter of 2019,” David Axelrod, a top adviser to former President Barack Obama, said on his recent podcast. “I think the sense of urgency among Democrats, and the sense of possibility among potential candidates is such that you’re going to see that.”

Prospective candidates like Sen. Elizabeth Warren (D-Mass.) and former Vice President Joe Biden already have name recognition across the country, but other presidential hopefuls need to start fundraising and strategizing intensely enough that they earn a spot on the first debate stage. If there are too many candidates, like in the 2016 GOP primary, Democrats will need to be broken into two groups, with the second debate group being seen as second-tier candidates.