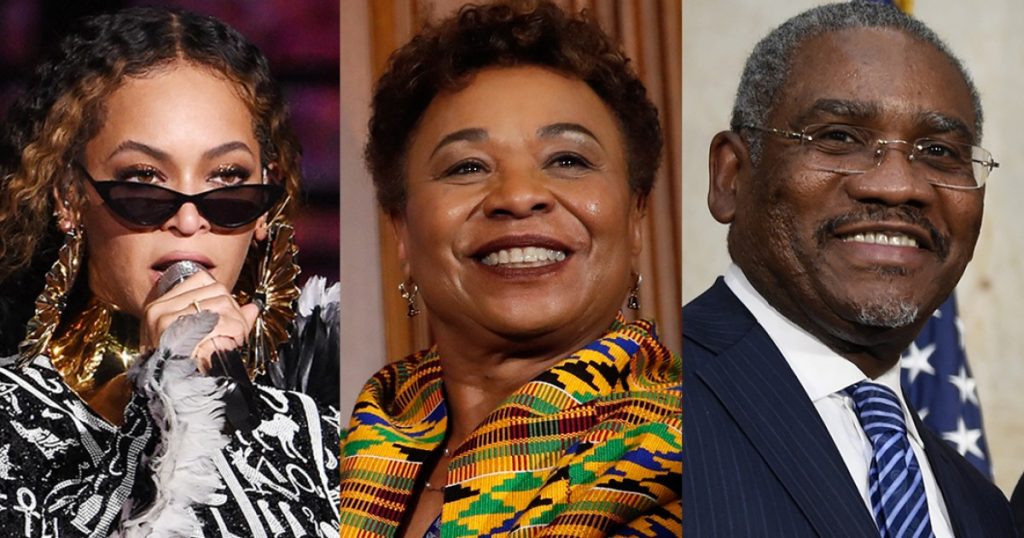 Five members of the Congressional Black Caucus took an official three-day trip to South Africa to be feted as VIPs at a Beyonce and Jay Z concert, according to congressional disclosure records.

The stated purpose of the $60,000 trip in December was to attend the “Global Citizen Mandela 100” concert, the stated purpose of which was to celebrate the centenary of the birth of the late Nelson Mandela and raise awareness of global poverty. The extravaganza was headlined by Beyonce, Jay Z, Ed Sheeran, Pharrell Williams, and Chris Martin.

According to disclosure forms, the trip was paid for by the nonprofit group Global Citizen, an organization that lobbies governments to fund anti-poverty programs. The event was co-sponsored by Johnson & Johnson, Coca Cola Africa, CISCO, NedBank, Vodacom, HP, and Microsoft.