Dems set to use McConnell’s legislative graveyard against him 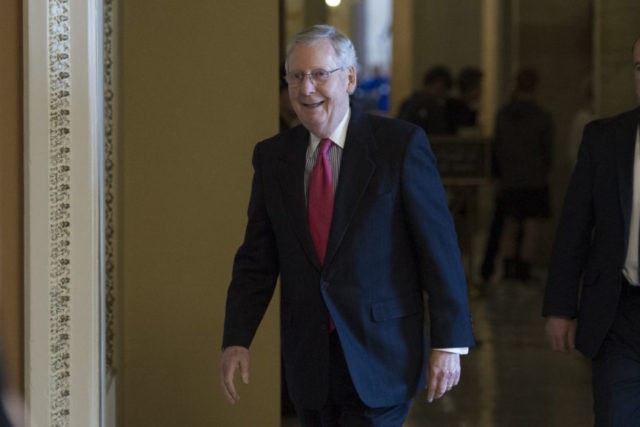 House Democrats are hoping to use Sen. Mitch McConnell’s “legislative graveyard” as a messaging tool to topple GOP candidates in 2020.

McConnell (R-Ky.), the Senate majority leader, is embracing his role as a roadblock to the Democrats’ legislative agenda, casting himself as the “Grim Reaper” poised to kill the Democrats’ top policy priorities. The barrier has frustrated Democrats as they fight to advance legislation they promised voters in 2018, but they also see it as a political gift heading into next year’s elections.

Just this week, the House passed legislation granting legal protections to so-called “Dreamers,” immigrants brought to the country illegally as children. Democrats also hope to soon pass an increase to the minimum wage; and measures on climate change, health care and gun safety have already been approved.

Those proposals poll well nationally, and Democrats think voters — particularly those fed up with Washington gridlock — will take notice if McConnell simply ignores them, as he’s vowing to do.