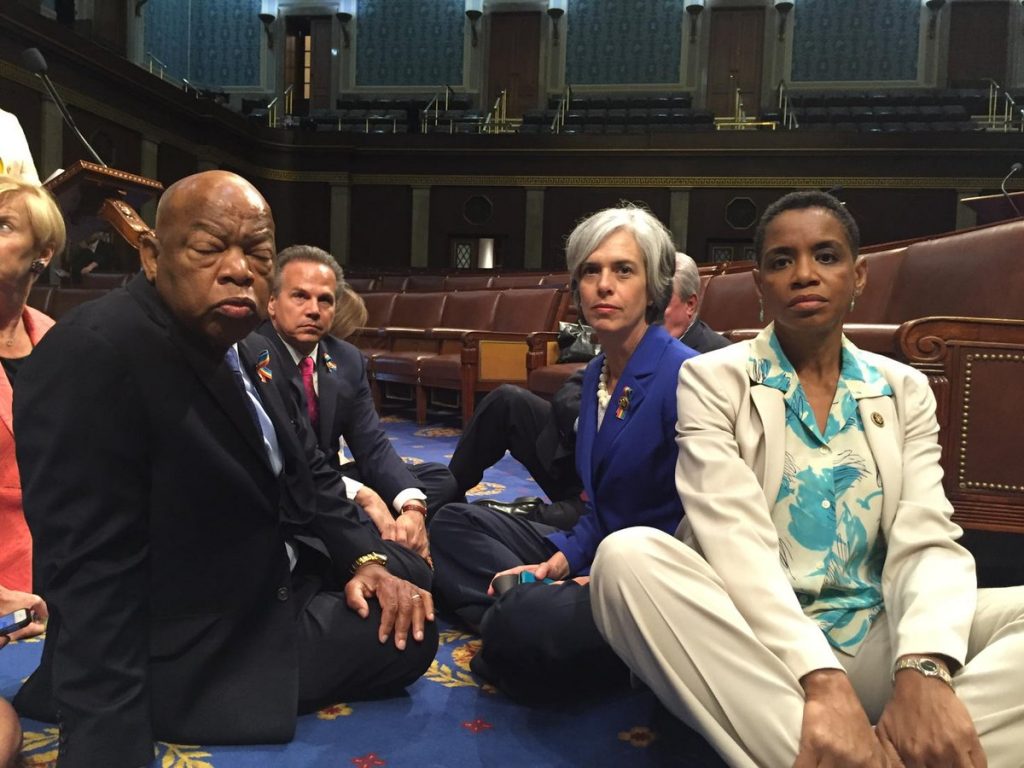 Democrats are staging a sit-in on the House floor to push for action on gun control legislation.

Dozens of Democrats were participating in the sit-in shortly that began late Tuesday morning, with some lawmakers seated cross-legged on the floor.

Democrats have been pressing for action on gun control before the House leaves at the end of this week for a planned recess.

Rep. John Lewis (D-Ga.), the veteran lawmaker who was brutally beaten by police in the civil rights march on Selma, Ala., began the sit-in with a speech on the floor where he was surrounded by dozens of his colleagues.

172 Comments - what are your thoughts?