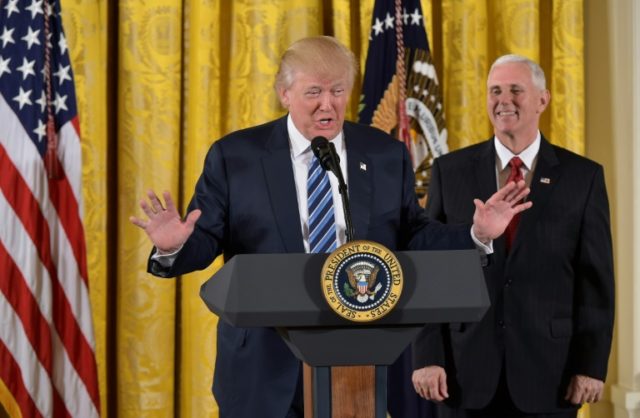 Trump made his remarks on Sunday afternoon, prior to a ceremony in the White House for swearing in White House staff.

“We’re going to start some negotiations having to do with NAFTA,” he said. “Anybody ever hear of NAFTA? I ran a campaign somewhat based on NAFTA. But we’re going to start renegotiating on NAFTA, on immigration, and on security at the border.”